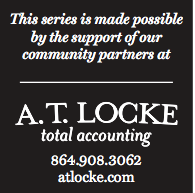 Growing up in Charlotte, Nick Gilley spent hours playing in sawdust pits on his father’s construction sites, where the self-proclaimed “king of Lincoln Logs” assembled “mansions.” Today, Nick’s found a niche for his fast-building construction company.

“We want to be known as the guys who are doing the unique, interesting projects,” says Gilley, 39, president and founder of Base 360 General Contractors, reminiscing in his offices’ glass-walled conference room in a squat white building on Augusta Street.

One particular stretch of the street, a half-mile that encompasses his headquarters and two current projects, offers an apt illustration of Gilley’s passions: bringing old buildings back to life and creating something entirely new.

Take Gilley’s soon-to-be residence, for instance. Near Fluor Field, a building that was a barbershop and social club in the 1960s will soon be home to Gilley, his wife, Sarah, 39, and their two children. Yet another couple of blocks closer to Greenville’s West End, Base 360’s latest and perhaps most daunting work, Gather GVL, opens soon.

“It’s been an extremely challenging project,” says Doug Cross, the older half of the father-son team behind the open-air food court at 126 Augusta St.

Cross credits Carl Jones, Base 360’s project manager and “one of the finest human beings I’ve ever known,” for coming up with “creative approaches to challenging issues and getting to the finish line. I don’t know that, without Carl, this would have happened.”

With its steel shipping containers, a stage and picnic tables, the project pushes the envelope of what Gilley calls “construction science.”

While the FR8Yard, which opened in Spartanburg in 2017, bills itself as “South Carolina’s first fully outdoor biergarten built entirely from repurposed shipping containers,” Gilley says, “We are now the company known in Greenville as the leaders in shipping-container construction.”

Gilley’s heart, though, still beats in buildings of the past, with 75% of Base 360’s portfolio involving historic properties, including:

“We can’t recreate what we cannot build the way they used to,” he says. “These buildings had a moment in time, in history, that needs to be promoted. We have an obligation as a society to restore these structures.”

“I just moved here with next to nothing,” Gilley recalls of his arrival to Greenville in 2004, a year after he graduated with a finance degree from the University of North Carolina-Charlotte. “I knew I had skills, and I was able to pick up more renovation jobs pretty quickly.”

Early on, his living came primarily from renovating kitchens and bathrooms. At the same time, he joined an Atlanta development firm specializing in public-private partnerships.

Among other projects, that company restored Mitchell House, built as a luxury hotel in 1875 in Thomasville, Georgia. Gilley served as general contractor for that $12 million condominium project.

While also continuing work in Greenville, he got his first major solo gig: The Elements, a collection of green-construction condos on Mohawk Drive. In 2010, he started building in Acadia, a subdivision of high-end homes in Piedmont; that work lasted eight years.

Now, with 2019 revenues totaling some $7 million — up 240% from the year before — Base 360 has a dozen projects ongoing, with more on the way. The company, employing 17 people, just completed a five-year plan that also includes affordable housing: using Greenville’s topography to build homes into hillsides.

Beyond construction, he and Sarah opened MADabolic, a fitness franchise, at McBee Station in 2016 after Base 360 completed upfit work there.

“Let’s focus on the cool stuff,” he says. “Yes, historic restoration has a lot to do with that, but we’re looking out years ahead.”

E.W. Montgomery Cotton Warehouse is now Elements West, 806 Green Ave. ​Added​ to the National Register of Historic Buildings in 2012, the site most recently served as Section 8 housing and will soon feature a pool and club room, which will offer free Wi-Fi, a bar area and attached theater.

A renovation and upfit in the heart of the Village of West Greenville.

Restoration of the 1919 hotel at 118 Courthouse Square, Edgefield, South Carolina. The 28,167-square-foot renovation will include the 30-plus room hotel, restaurant, bar and spa, as well as two retail bays.

The Elements of Greenville

The 19-unit Energy Star-certified townhome and condominium community was one of Base 360’s earliest projects in Greenville, situated just 1.4 miles from Greenville’s city center. 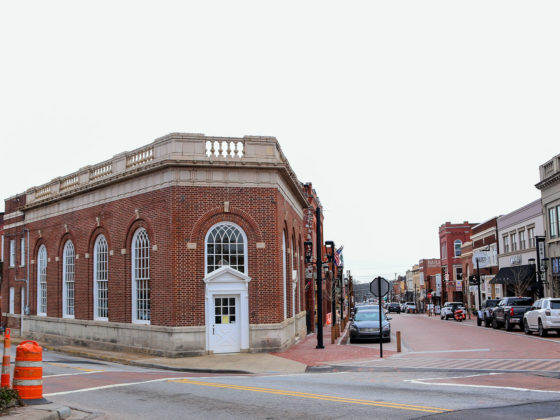