The December city of Greenville Design Review Board Urban Panel public hearing on Dec. 6 was a brief one with only one item of new business on the docket and one item for advice and comments from the panel.

All five panelists were present: Chairwoman Carmella Cioffi, Danielle Fontaine, Bogue Wallin, Robert Benedict, and Mitch Lehde. Wallin had previously announced but reminded the panel that he will be resigning from the board on Jan. 31, 2019. No replacement has been named for the volunteer position.

The meeting was otherwise fairly straightforward with the one business receiving its certificate of appropriateness after a short discussion.

The West End town home development from Terry Birch and Willz Tolbert proposed for 102 Oneal St. was back at the DRB after getting the go-ahead at October’s public hearing to present modifications to the approved design.

The modifications to the Falls Walk plans include a reworking of the site plan and changing the footprint closest to Academy Street to 11 units instead of 12 to give the residents more green space. Alterations also include changes to window height and adding railings to several of the elevations at the top of the building.

Fontaine said she liked the railings at the top of the building and said the change in the windows give it a more industrial look, but affirmed that it was appropriate for the area of town.

A motion was unanimously approved to grant the certificate of appropriateness.

A proposed senior-living, multifamily development on 3.7 acres at 254 S. Pleasantburg Drive was presented for informal advice and comments from the panel. The developer will be buying a certain parcel of the property and ground-leasing another portion, including the parking lot shared with a neighboring office building, making major alterations to the site plan more complicated than if the developer owned the entire property.

The panelists were unanimous in recommending the plan be revised to include more green space for the residents. 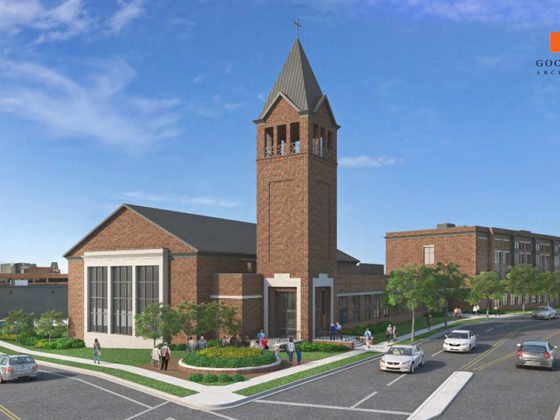