The Medical University of South Carolina is extending its footprint in the Upstate by partnering with a group of local independent medical practices on a new joint venture.

The agreement, announced July 30, creates a new company, yet to be named, equally owned by MUSC and Tribe513, which is a group of five primary care practices with nine locations across Anderson, Greenville and Spartanburg counties.

The new company will run the business end of the practices such as accounting, billing, human resources and IT, relieving providers of administrative burdens while allowing them to pursue the clinical side, Tribe513 CEO David Martin said.

Dr. Patrick Cawley, CEO of MUSC Health, said the move is an extension of MUSC’s mission to improve the health of all South Carolinians.

“A lot of people don’t fully understand this, but MUSC is already in just about all parts of South Carolina,” he told the Greenville Journal. “And this is part of MUSC’s mission to be present in all communities.”

Both entities are kicking in an undisclosed amount of capital to grow the venture, the men said.

Together, the practices have more than 60,000 patients and 60 providers, including physicians, nurse practitioners and physician assistants, officials said.

The group’s name refers to the individual practices becoming part of a larger family, Martin said, and the Bible verse Galatians 5:13, which calls on people to serve with humility and love.

Over the past dozen years or more, most Upstate physicians have become employees of one hospital or another.

But Tribe513 was launched by three Parkside physicians with one practice and has grown organically over the past eight years, Martin said.

Sink or swim, the partners want to run the business their way without needing corporate approval, whether it’s offering Saturday and evening hours or a bubble machine to distract toddlers as they’re vaccinated, Martin said. In addition, he said, the group devotes 5% of its profits to charity.

“Being independent guarantees that nobody can come in and say you can’t do that,” he said.

It also gives the providers the freedom to refer patients to the hospital or specialist they deem most appropriate, said Chris Carino, chief operating officer.

Cawley said MUSC approached the group after realizing that their missions — to focus on community health as well as teaching and research — aligned.

Students from any medical school in the state could do clinical training at the Tribe513 practices, for example, increasing the likelihood they’ll practice here, he said.

“The more access we have to great providers,” said Martin, “the better for the Upstate.”

Patients at the practices could also have access to MUSC research, the men said.

“The more we got talking, it became evident that the best way to do it was to have Tribe513 become part of the MUSC family,” Cawley said.

“Our goal was to remain a faith-based practice, remain independent and care for patients the way we do now,” Martin said.

While Tribe513 has no strategy to enlist new practices, it believes there are others who will find the independent model attractive, he said.

“It would be awesome to have more independent practices across the state,” he said. “And for providers to know that the back-office work is being done takes a huge burden off them so they can focus on their practices and patients and not be weighed down by what happens when the printer gets jammed.”

Cawley said MUSC has been sending physicians to the Upstate for decades, often leasing space for a day, to see patients. While they still do some of that, they’re consolidating in dedicated space to be more efficient.

“Sometimes running in leased space gets to be difficult,” he said. “We need our own space, computers and security. We’re doing this in almost every part of the state.”

The partnership is not intended to compete with Upstate providers, he said, and has nothing to do with Prisma Health’s expansion into other parts of the state.

“Nothing is going to change in terms of who the Tribe513 physicians work with,” he said. “This is a primary care group that makes referrals to subspecialists almost all the time in the Upstate, occasionally to MUSC. And they already do that today.”

Instead, he said, it’s adjusting to the changing health care paradigm that seeks to improve quality and lower costs.

“We are in the middle of a transformation … across all of health care,” he said. “And we believe in it.” 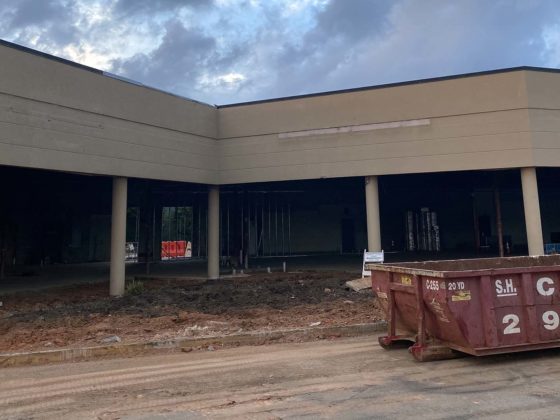