In about the time it takes Gere Gaige to drive the 26 miles from his home at The Cliffs at Glassy to Greenville Downtown Airport, he can take a spin over much of the Upstate at 3,000 feet. To prepare for a quick flight, all he has to do is grab his keys.

“When you drive up, the airplane is out and waiting for your departure,” he says, referring to his Cirrus SR22 housed at Special Services Corp., a charter and aircraft maintenance company. “You tell them you’re coming back, and your car is all washed and polished up out there waiting for you.”

SSC, the airport’s oldest tenant, dates back to 1958, when Liberty Corp., the venerable life insurance and media company, formed it as a subsidiary — in a sense, its private airline. Nowadays, SSC maintains 22 single-engine airplanes and private jets. The company leases seven of those for charter flights. And despite COVID-19, they’re eyeing expansion.

“We had a couple of companies come up and say, ‘Hey, y’know, we’re not going to do any airline traveling now, so give me the rates for your jets, and this is what we want to do going forward,’” he says.

SSC’s 18 employees work in two 10,000-square-foot hangars, which Bob Jones University built and used until 2008 for aviation courses. Within the next three months, SSC plans to build a fixed base of operations, or FBO, a high-end private terminal, Goldstrom says.

Charters constitute 90% of the company’s business, with corporate execs looking to avoid the pandemic’s travel complications.

A short charter flight to, say, Charleston will set you back $750 an hour in one of the two Cirrus airplanes SSC charters. That trip takes a little over an hour each way, Goldstrom says.

“Same day. No hotel bills. No airline schedules,” he says. “So it cost them 14 grand, but they made it up in saved time and convenience.”

To Gaige, Special Services lives up to its name: “They offered me, as an individual flying his own airplane, the opportunity to take all the drudgery and the hard technical work out of ownership,” the former Air Force pilot and career real-estate professional says.

“I’ve been at the airport for 11 years, and whenever I needed anything from anybody they’re almost always my first go-to,” says Lara Kaufmann, the airport’s associate director, who adds that SSC helps with air expos and offers job-shadowing opportunities to students. “They are just always willing to open their doors.”

Some Cirrus Flying in a Whole-Parachute Plane

On a bright afternoon with winds gusting at 15 mph, Gere Gaige takes off from Greenville Downtown Airport in his single-engine Cirrus SR22.

Before pulling away from Special Services Corp., he removes a small pin from a red handle overhead. Pulling the handle fires a rocket that deploys a 65-foot-diameter whole-airplane parachute, tucked into the fuselage above the registration number.

CAPS is partly why Gaige says he bought that model 10 years ago: “My wife told me to,” he says with a chuckle. He and Larisa, married 26 years, typically fly to their second home in Mountain Home, Arkansas, four to five times a year from GMU (the airfield’s designation).

On this brisk Tuesday, Gaige maintains an altitude of about 3,000 feet as he flies a fellow pilot, Leo Berube, and an Upstate Business Journal reporter over Clemson and Death Valley, snow-dusted Caesars Head and Hogback Mountain. The circular route, extending 67 miles, lasts about 45 minutes.

Berube, who lives in an Easley neighborhood with its own airpark, sits in the co-pilot’s spot, one of the four plush brown-leather seats. “This is a serious cross-country airplane,” he says over the headphones. And with equal admiration for Special Services Corp., he adds, “They operate like a little airline.”

Spring 2021: SSC plans to begin construction on a 10,000-square-foot fixed based of operations, or FBO, offering fuel, pilots lounge and private-passenger terminal. 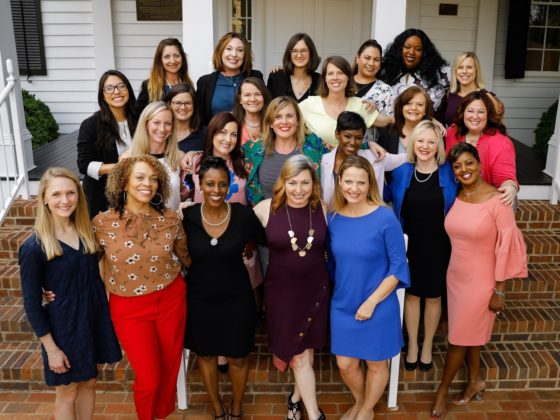 Furman to present WLI virtually, partners with UCB and SCBIO 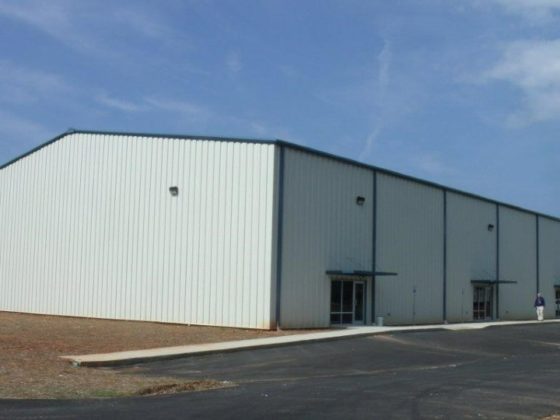