U.S. Army veteran Brandon Worley’s path — from adjusting to civilian life after a combat tour in Afghanistan to founding a successful nonprofit — was not a straight one.

As the founder and executive director of Upstate-Carolina Adaptive Golf (UCAG), Worley says he always wanted to do something that would combine his desire to help other veterans and his love for golf. Figuring out how to merge the two took some time.

The Clinton native joined the army right out of high school in 2010 and was deployed to Afghanistan in 2012-13. After returning home and leaving the service in 2014, he faced the struggles many veterans experience readjusting to life out of uniform and wondering what to do next.

After earning a bachelor’s degree in experimental psychology from USC-Upstate in 2018, he began work on a master’s degree in science and positive psychology at Life University in Marietta, Georgia. While there, he participated in an event that would change the trajectory of his life.

The event was an adaptive golf workshop sponsored by the Georgia State Golf Association and involved teaching golf skills to children with developmental, cognitive or physical disabilities. Worley says he also discovered a number of fellow veterans involved in the program and saw how much working with the kids was enhancing their lives.

He says seeing the impact of the program not only on the kids but the volunteers inspired him to start something similar in the Upstate.

“I am a risk-taker, but at the end of the day I knew it would benefit not only me but so many others.” – Brandon Worley, founder and executive director of Upstate-Carolina Adaptive Golf

Researching how to start a 501(c)(3) nonprofit, Worley discovered SCORE and the resources and mentors the nationwide program offers to people interested in starting a business. He attended his first workshop in December 2018 and quickly learned that organization and having a plan would be key to success.

“The biggest challenge was getting organized and SCORE definitely helped with that,” he says.

Greenville SCORE chapter secretary Marjorie Luke says Worley was like many people who turn to the organization for help and guidance and who have a lot of ideas for what they want to do but might not have a good idea of where to start.

“Some are very clear and some — not so much, “ Luke says. “We might have someone come in with a couple of ideas and we start by asking them questions to help them sharpen their focus.” 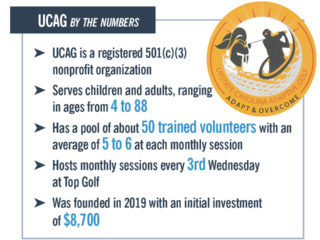 Or, as Worley puts it with a laugh, “They nudge but don’t judge.”

With the online and mentoring resources offered by SCORE, Worley was able to launch UCAG in 2019 with $8,700 — his life savings to that point — and the passion to give back to his community. Part of giving back has involved becoming a workshop teacher at SCORE.

“I am a risk-taker, but at the end of the day I knew it would benefit not only me but so many others,” he says. “I don’t feel I work a day in my life right now because I’m doing everything that I love.”

With a pool of about 50 volunteers, UCAG has sessions every third Monday of the month.

For more information about Upstate-Carolina Adaptive Golf, visit their website at www.ucagnow.org.

SCORE is funded, in part, through a Cooperative Agreement with the U.S. Small Business Administration. 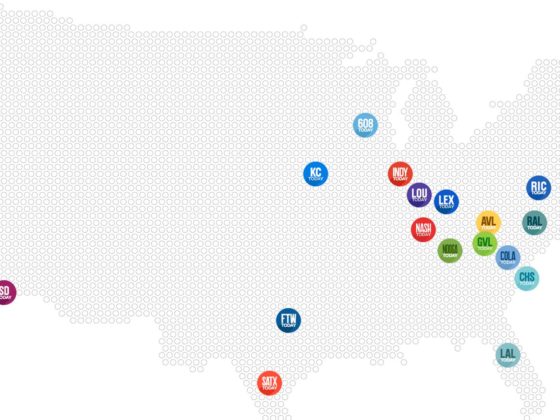