JaJa Dumas first considered going into the military. With his mother’s prodding, though, he decided to attend Greenville Technical College, where he began taking culinary classes. Now, the 19-year-old from South Carolina’s Lowcountry is cooking up other plans.

“Culinary was a bridge so that I could transfer,” he says of his plans to attend North Carolina A&T, Clemson University or South Carolina State University — once he obtains his associate degree from Greenville Tech next May.

His next goal: earn a doctoral degree in business or human resources, perhaps history or political science. Of his Greenville Tech scholarships, financed through donations to the Greenville Tech Foundation, he says, “They provided a great cushion with the extra help. I’m very thankful — they’re a major help to students all over the world.”

And even closer to home. This year, Truist Financial Corp. — the bank born of the 2019 merger of BB&T and SunTrust — will be honored at a soon-to-be-determined virtual ribbon-cutting of the Truist Culinary & Hospitality Innovation Center, known as CHI.

Greenville Tech Foundation acknowledges Truist, along with Greenville-based Trehel Corp., a general contractor and construction management firm, and Fluor Corp., a multinational engineering and construction company, for their tens of thousands of dollars in donations. (Due to COVID-19, GTF’s Workforce Development Salute honoring the corporations has been moved from this October to October 2021).

The Truist Foundation this year gifted $1 million toward the $2.5 million center which opened this summer as Greenville Tech’s freestanding culinary campus in Poe West, a building renovated from a onetime hardware-supply company.

“Not only did that gift help with this renovation, but the gift lives on; it actually will also help us here with offsetting student fees and programming costs,” says Ann Wright, Greenville Tech Foundation’s vice president for advancement.

Located in the Village of West Greenville, CHI brings educational and job-creation opportunities into the low- to moderate-income area — a “moonshot opportunity,” according to Judy Wilson, Greenville Tech Foundation’s director of development. 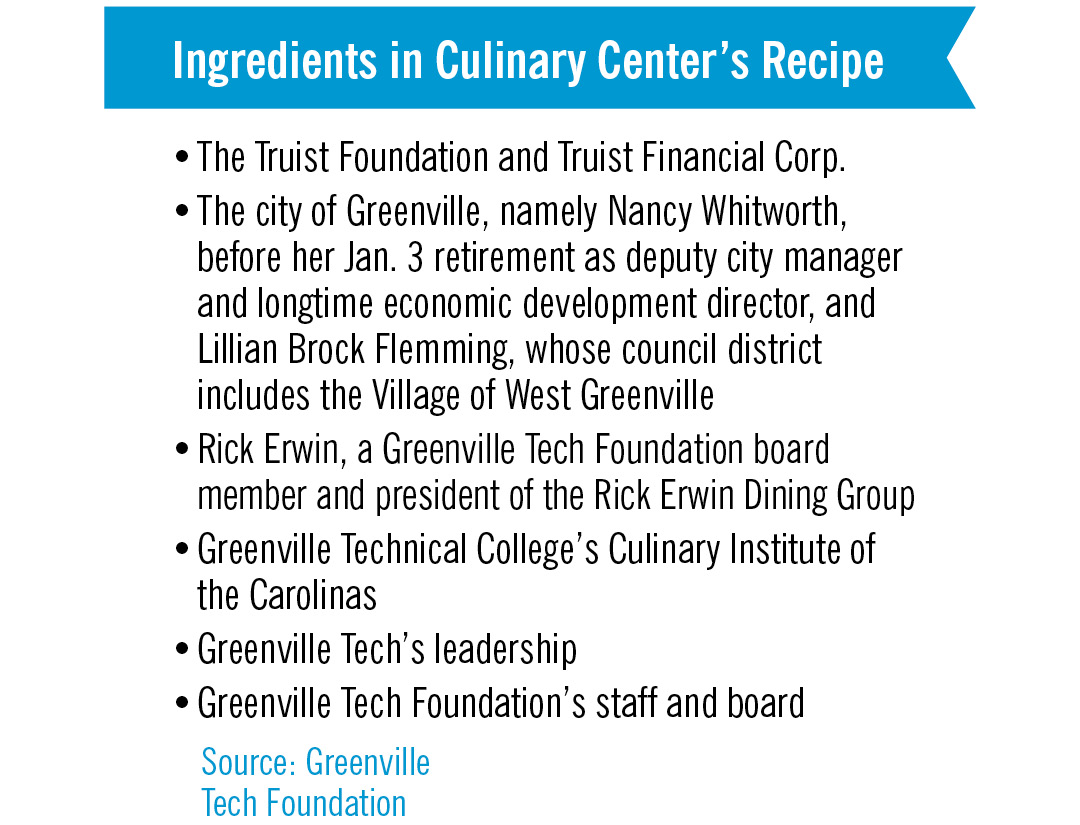 “This was just the unique opportunity to do something in a space that maybe you wouldn’t typically think a bank would invest in,” says Mike Brenan, the bank’s South Carolina regional president.

The state-of-the-art campus adds to the technical college’s Quick Jobs with a Future Program, which boasts a work-placement success rate of 80%, according to the Greenville Tech Foundation.

“The restaurant and hospitality industry has always been one of the front-line industries in most of these markets, really a lot of the markets, because of all the tourism across South Carolina,” says Matt Giddens, the bank’s community development manager.

“We absolutely would not be here today were it not for Matt Giddens,” she says of the bank officer who also enlisted more than a half-dozen partners. Among others, those include the city of Greenville and noted Upstate restaurateur Rick Erwin.

Says Erwin, “This will help us tremendously in our industry, just the location and what it can do to help our community.”

Truist’s largesse extends beyond monetary donations. So says Steve Wareham, who earned a promotion to branch manager at the bank’s SunTrust location in Spartanburg largely because of his employer’s encouragement.

Before moving to Greenville in 2014 with his wife and four children, Wareham says he found himself stuck for 10 years as a teller-manager.

“It was frustrating for me at the time. I had high performance for a long time, but I just couldn’t break through without getting some sort of degree,” he says.

Enter Greenville Tech — and Truist. While the bank offers tuition reimbursement for employees planning to continue in the financial industry, Wareham says he decided to forgo the aid because he wanted to pursue his passions: psychology and counseling.

In lieu of financial assistance, he says, the bank gave him “time and freedom and flexibility. In the banking world, that’s really hard to find.”

For two grueling years, he worked full-time as teller-manager at the Pelham Road branch, while also taking a full course load, primarily online, but with required on-site visits to campus, often during work hours — and helping out at home. In 2016, he earned a Greenville Tech associate degree with a 4.0 grade point average. Now 38, he manages a SunTrust branch in Spartanburg.

Of the bank’s non-monetary assistance in his case, he says, “They basically said, ‘Listen, we understand that this may affect your performance, we understand this may affect you on a day-to-day basis, and that may make our jobs a little bit harder, but this is important, we need the best version of you, and it’s going to be bolstered by education.’”

Lessons from the Trenches: Build a case before terminating underperforming employees 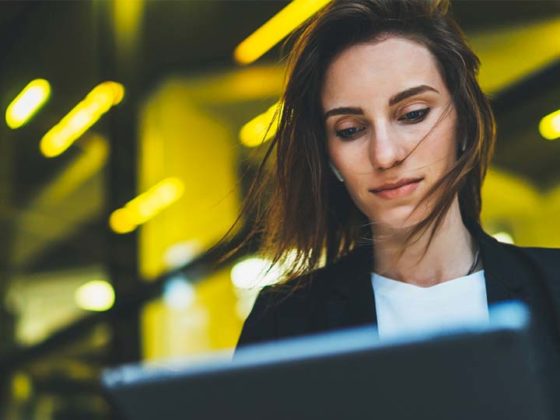 How the pandemic is revealing the importance of using a PEO