Being part of a successful franchise in the food service industry has its advantages. As a franchisee, you’re typically working under a well-known brand name, and you have a ready-made customer base.

But for Kristin Kay, that wasn’t enough. Kay spent years as a franchisee making cupcakes under a corporate umbrella, until she decided to move to sole ownership and start Wildflower Cupcake + Dessert Bar, located on Pelham Road in Greenville, in 2019. 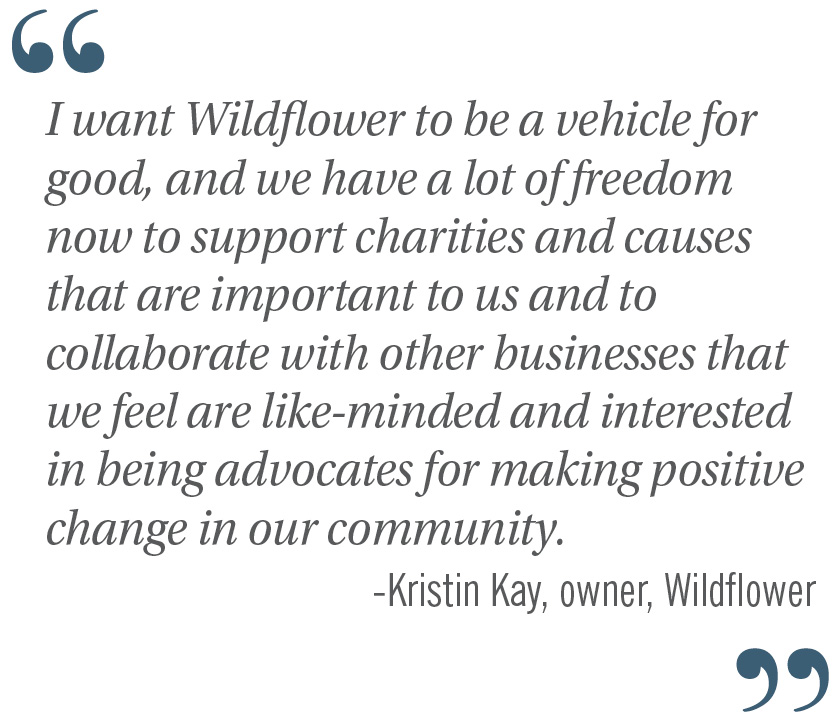 And Kay is proud that Wildflower’s menu was created in collaboration with her staff.

“I make it a point to make it a team effort,” she says. “When we’re making new flavors, we do the trial and error together. You could almost say that each employee is an expert on one or two of those flavors.”

It’s also not a menu that Kay could’ve created as part of a franchise.

“It’s freedom,” she says of owning her business. “Freedom to create an environment that feels good to us. It’s being able to pivot and adapt as needed, whether it be the ingredients that we need to use, where we source those ingredients, or making changes to our menu based on our patron feedback. We’re able to accommodate more easily.”

Kay first discovered her love of baking when she began working at Garner’s Natural Market in Greenville. That began her climb through the corporate world, where she ended up in a management role in a nationally recognized cupcake franchise.

And while she learned the managerial and financial ins and outs of running a bakery, she eventually decided she wanted to work for a new boss: herself. 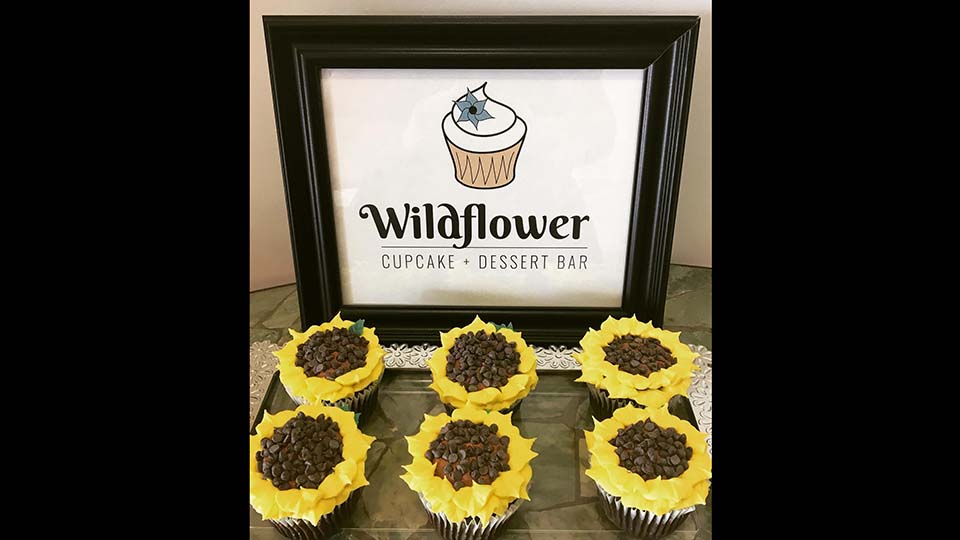 “I decided basically at that point that if I were to continue to invest as much of myself and to work as hard as I was, I just wanted to do it for myself. I wanted to create the right kind of balance between having really good relationships with employees, but also kind of maintaining a structure.”

Kay has had ambitious goals for Wildflower Cupcake + Dessert Bar ever since she opened the business in August 2019.

“I wanted Wildflower to be vehicle for inclusivity,” she says. “I wanted to create an environment for myself as well as my staff that felt comfortable. You spend a lot of time at work; you spend a lot of time in the business that you’re building, and you want it to be reflection of the things that make you feel good.”

Editor’s note: To respect confidentiality, Kay would prefer the franchise not be named.