After a year of lockdowns, limited seating options, social distancing, masked servers and an all-around upheaval of Greenville’s culinary scene, Table 301 is emerging this spring with some big changes.

First and foremost is the announcement of the restaurant group’s latest concept, Camp. The new restaurant, which is set to open in May in the newly completed Camperdown Plaza, will specialize in modern American cuisine with a menu geared toward small plates and sharable options.

But even before Camp opens its doors, Table 301 Catering will already have set up shop in its new catering facility at 68 Global Drive, after a merger with the space’s prior occupant, Seasons Cafe and Catering.

The merger, which was made official April 1, will allow Table 301 Catering to move out of its cramped quarters in the kitchen of Soby’s On the Side, which will clear out plenty of space for Soby’s to proceed with plans to double the capacity of its wine cellar.

All this comes as Table 301 has just completed another longterm plan to ship Southern Pressed Juicery juices to big-name grocery store chains, with the juices likely hitting the shelves around the same time Camp opens. 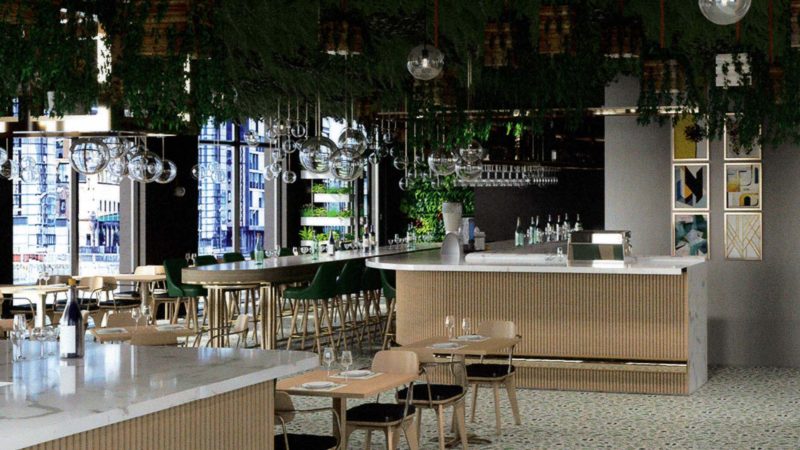 One more thing: they’ll also be renovating the loft at Soby’s to give it a “much needed face-lift” this Fall after 20 years of relatively unchanged decor.

Table 301 founder Carl Sobocinski said most of these plans had simply been put on ice until the worst of the pandemic was behind us, but he did admit the timing allowed for some unique opportunities.

“Lessons learned in the past have definitely given us a better path forward,” Sobocinski said. “Thinking back to 2008 and 2009, I think the recovery then was slower than it is now, but for those who were able to make it through that, it was a good time to grow things business-wise.”

The goal of the new restaurant concept is to tap into what exactly makes American cuisine “American” — in other words, highlighting the melting pot of so many different flavors, heritages and culinary traditions.

One need only take a look at the two chefs running the show to see that diversity of experience.

Head Chef Drew Erickson, a Greenville native who has just returned home after a four-year stint in the famed California restaurant The French Laundry — which has been twice-named the “best restaurant in the world” by The World’s 50 Best Restaurants list — brings to the table his classical French training.

Sous Chef Diego Abel Campos, formerly of the Lazy Goat, taps into his experience in Southern cuisine as well as his Mexican heritage with modern takes on traditional dishes, including a re-working of some of his own grandmother’s recipes.

“They’re both influenced by their history, their story, their experiences and really just flavors they love,” Sobocinski said. 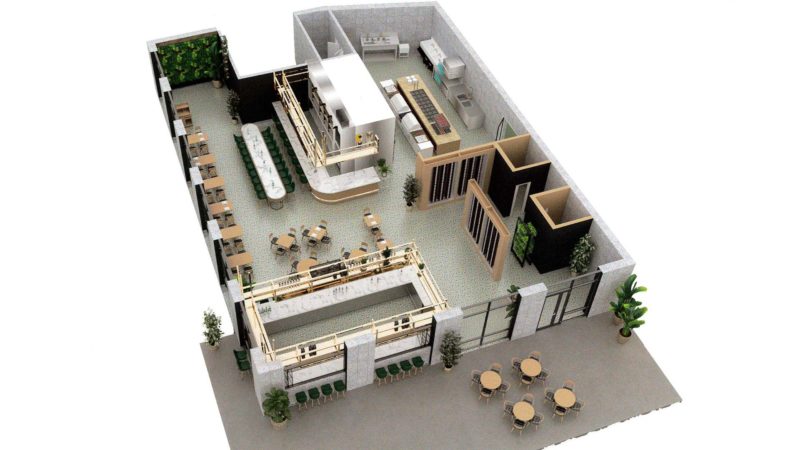 While the name of the restaurant, Camp, is a spin on the Camperdown plaza in which it’s located, Sobocinski said he also wanted to evoke a feeling of bringing the outdoors indoors, with a decor that features prominent greenery and bar seating with windows that can open to the plaza, letting the spring air waft into the dining room.

It will also feature an outdoor deck with a bar that seats around 40 people.

The plan to introduce Southern Pressed Juicery’s juices to grocery stores and offer delivery nationwide had been in the works for more than a year, Sobocinski said, but they were naturally limited by the shelf life of their products.

Each bottle of juice currently has a shelf life of roughly 10 days. In order to get the juices in stores, they needed to expand that to about 45 days. That required changing the pasteurization process, with the restaurant group introducing HPP — or high pressure pasteurization — a process that can be best described as submerging the bottles under water in a tank and rapidly shaking them.

“There are many types of pasteurization, but we have to stay away from heat pasteurization, because that kills the good things, the nutrients in the juices,” Sobocinski said. “HPP allows us to keep all the juices exactly the same, so nothing will change, other than the shelf life.”

The merger with Seasons Catering was decidedly less planned, but it will allow Table 301 to expand its catering offerings to serve more events. Conveniently, it left an empty storage area in the basement, once filled with catering equipment, that can now be used as an extension of Soby’s wine cellar.

Sobocinski said he plans to stock up the space with older bottles, hoping to take their wine selection “to the next level when it comes to depth and variety.”

As for the renovation of the Soby’s loft, that will begin some time in September and will take roughly three weeks, during which time the loft area will be closed.