The death of the traditional office is greatly exaggerated, according to Elliott Davis CEO Rick Davis.

But the executive corner office? That may be gone for good — or so one might think — when touring Elliott Davis’ new office space. 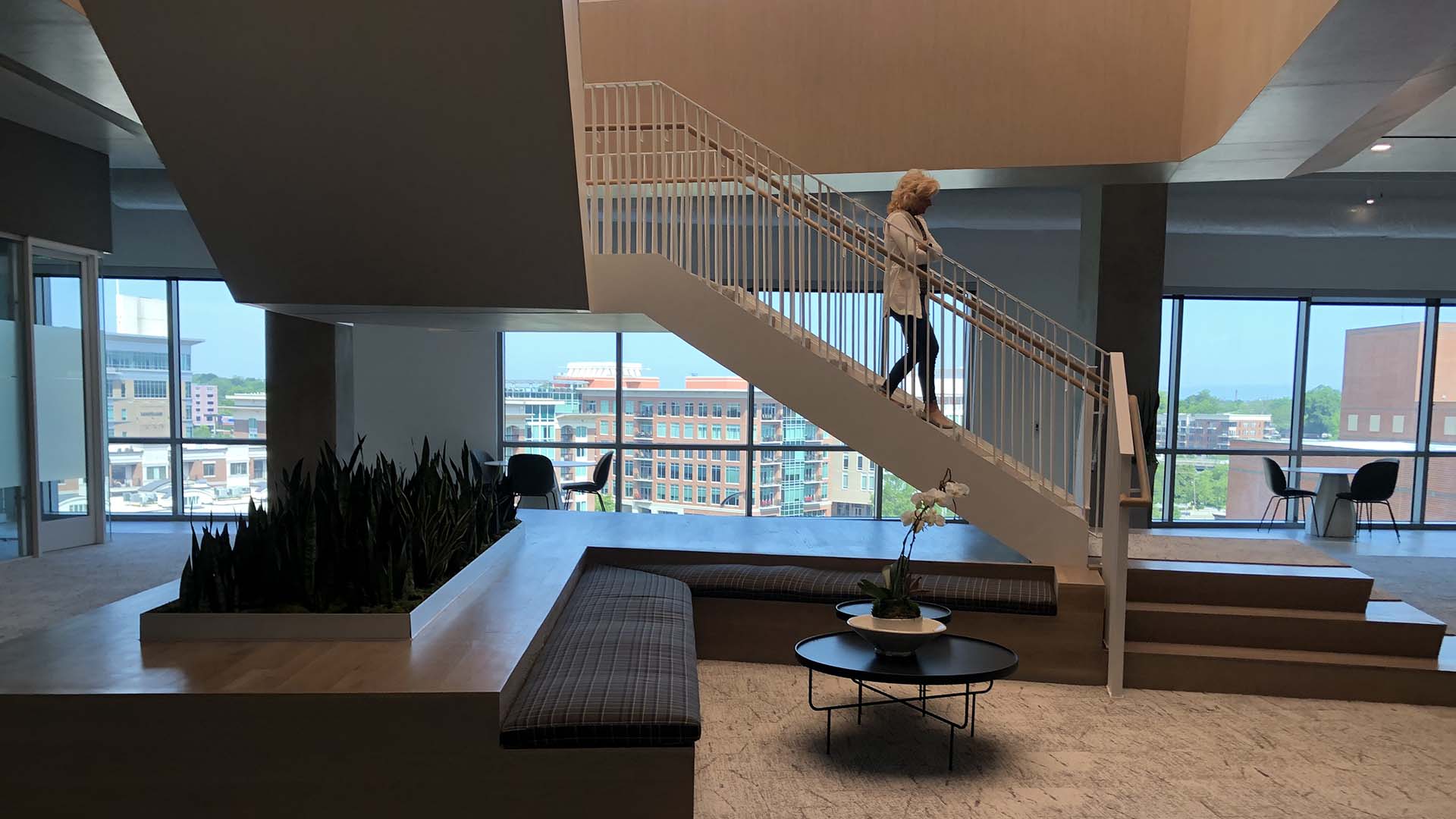 Situated on floors four through six in the new Camperdown development, with floor-to-ceiling windows providing an expansive view of the downtown skyline, the new 75,000-square-foot office subverts the old school dichotomy of office space. Instead of executives lapping up all the best views with corner offices and windows blocked off by privacy walls, the outer space of the new office serves as a common area for general team members.

“All private offices are in the interior, giving all the daylight to the individuals that are in the work station on the outside,” Davis said.

What could have been a dark, gloomy space instead evokes the feeling of a sky lounge or rooftop restaurant — just swap out the dinner tables and high tops with communal desks and work stations.

It’s all part of Elliott Davis’ goal to not replace office space but instead reimagine how exactly the space is used. Now that the accounting firm has celebrated its 101st anniversary, the time felt right to look to the future.

Three years ago, when the company began making plans for the new space, they were already working under the assumption that the rigid framework of traditional office space needed to be reimagined, with flexibility and integrated technology front and center.

With Camperdown offering a blank canvas, Elliott Davis was able to enact that vision.

Video conference abilities are integrated into every work station, which are uniform by design.

“Which is nice, because you’re not worrying about trying to get the station with the good monitor,” said Jonathan Barrington, manager in the transaction advisor services group.

“Or trying to avoid the one with a bad chair,” added Anne Crowell, also a manager in the transaction advisor services group. 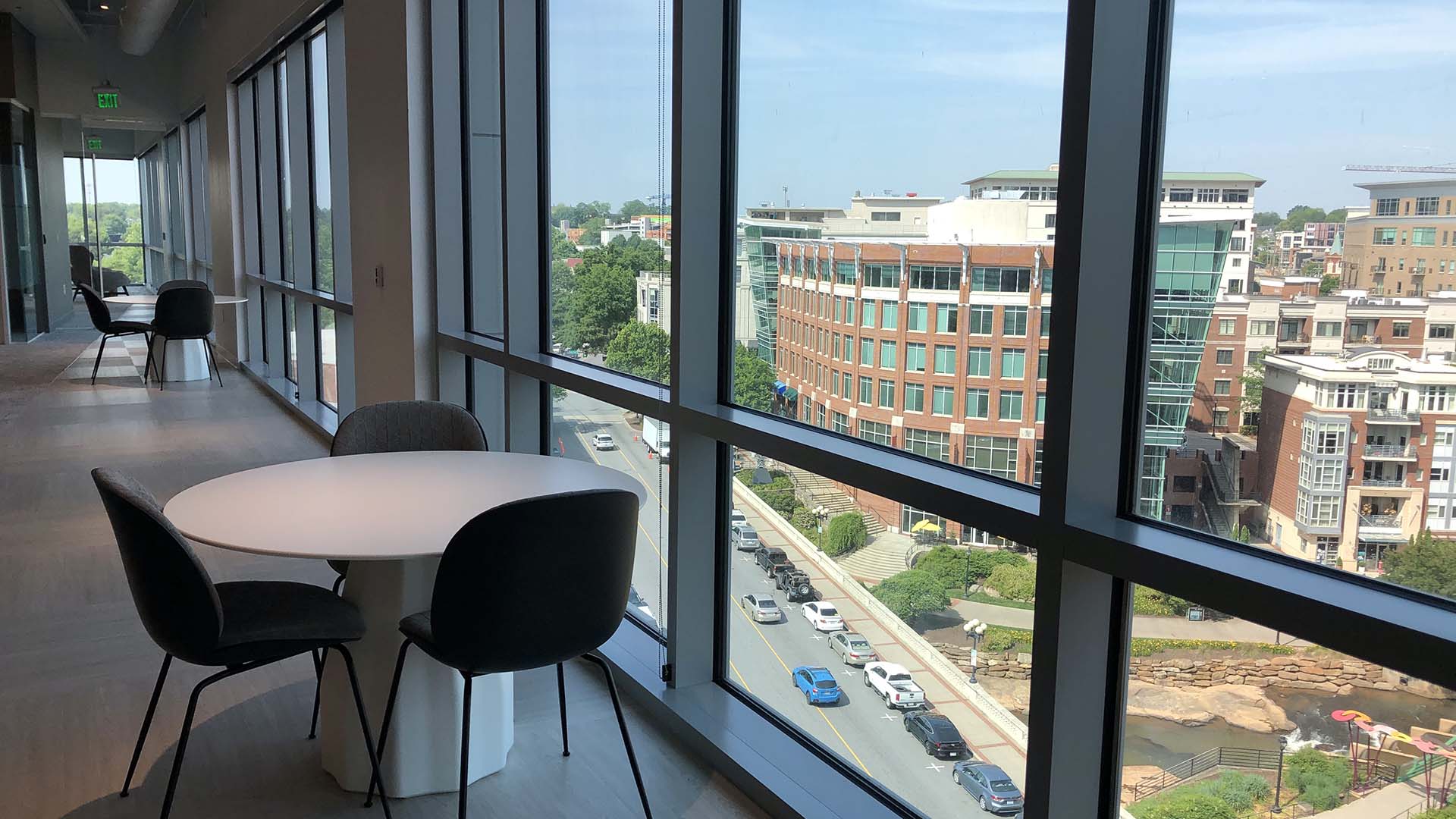 Along with the elimination of corner offices, gone too are assigned seats and departments. Instead, employees and teams now use a “hoteling system,” meaning they log onto an app on a weekly or biweekly basis and choose their preferred seating arrangement on any floor they chose. That could be a private office, a collaboration room or an open-space work station.

“With the nature of what we do, there’s a lot of working with different people on a day-to-day and week-to-week basis,” said Todd Nakasuji, audit senior in Elliott Davis’ audit group. With the new hoteling system, Nakasuji said he can arrange to sit with those different groups instead of running up and down the stairs or spending time on the phone talking between floors. 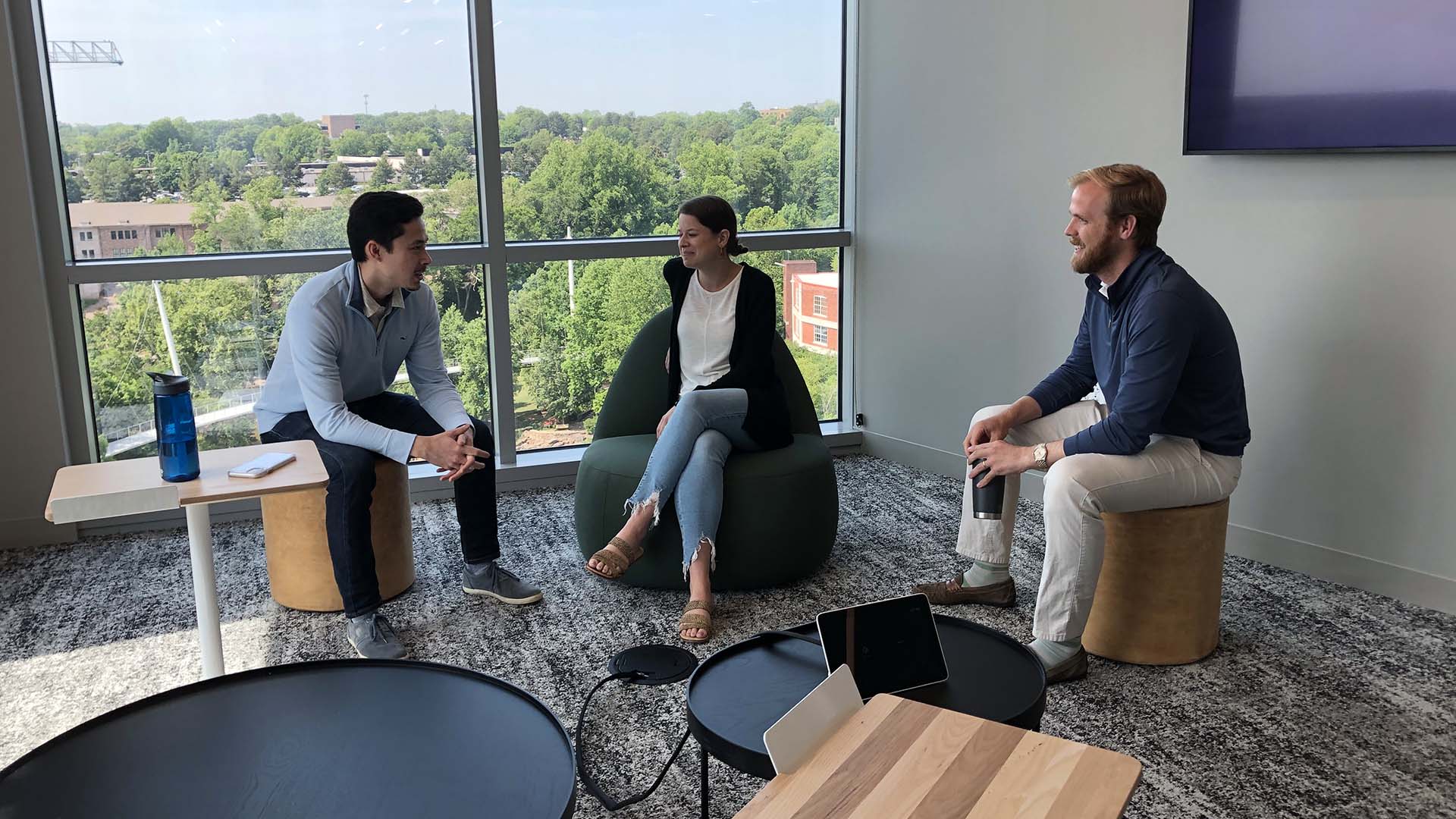 Beyond functional purposes, Davis said he hopes the new office serves as a symbol of the company’s commitment to downtown Greenville.

“The space you’re in reflects where you’re going,” he said. 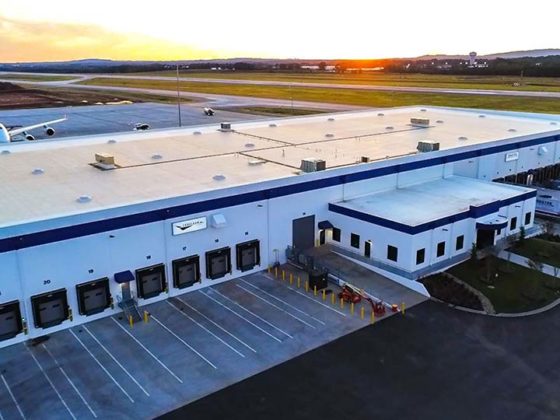