It’s fair to say that the furniture business runs in Edward Johnson’s blood.

Three generations of Johnsons have owned and operated Old Colony Furniture, which celebrates its 75th anniversary this year.

The business has been a staple in the community since 1946 when Johnson’s grandfather, Al, and great-uncle, Kinard, built the original Old Colony store — patterned after Raleigh’s Tavern in Williamsburg, Virginia — near Easley. Their postwar venture was influenced by Johnson’s great-grandfather, who operated a general store in Liberty, South Carolina, from 1905 to 1940.

“I think he was an entrepreneur by spirit,” Johnson said of his grandfather. “He realized the need and demand for new furniture as the postwar economy took off and wanted to be a small part of helping people with that.”

Old Colony operated out of Easley until a fire burned it to the ground in 1949. Two years later, the business opened shop in its current location on the south end of Augusta Road in Greenville, where its 30,000-square-foot showroom attracts customers from across the region, including Greenwood, Seneca, Columbia, Asheville and Hendersonville. 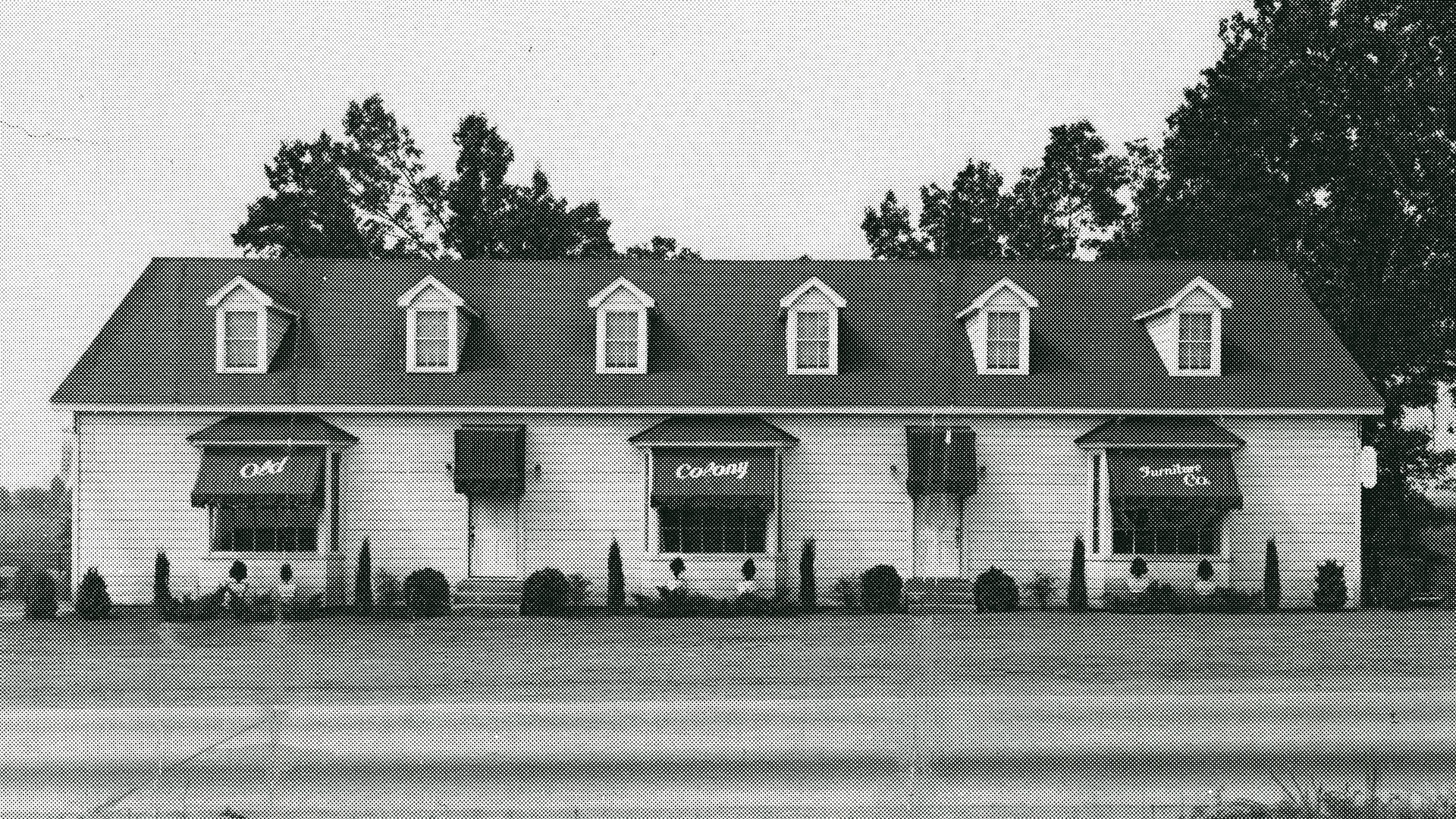 “We’re definitely a destination. People drive from all over,” Johnson said.

The business model has also changed over the years.

In the 1980s, Johnson said his father and uncles made the conscious decision to sell more high-end furnishings “mainly just to compete on service and price.” 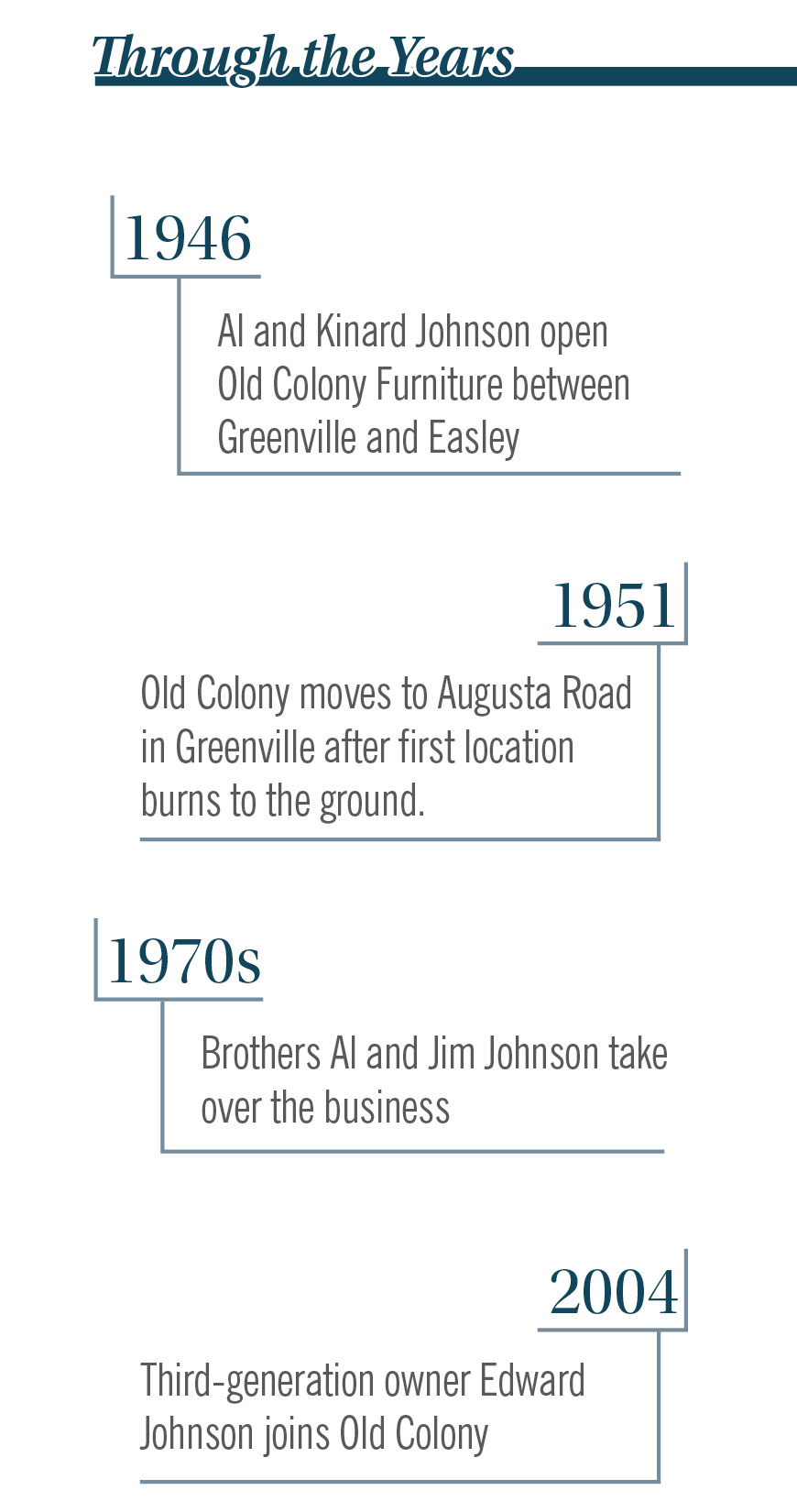 The showroom also sells accessories, rugs and artwork. In 2016, it added an in-house designing service, which Johnson said has been a large source of growth. 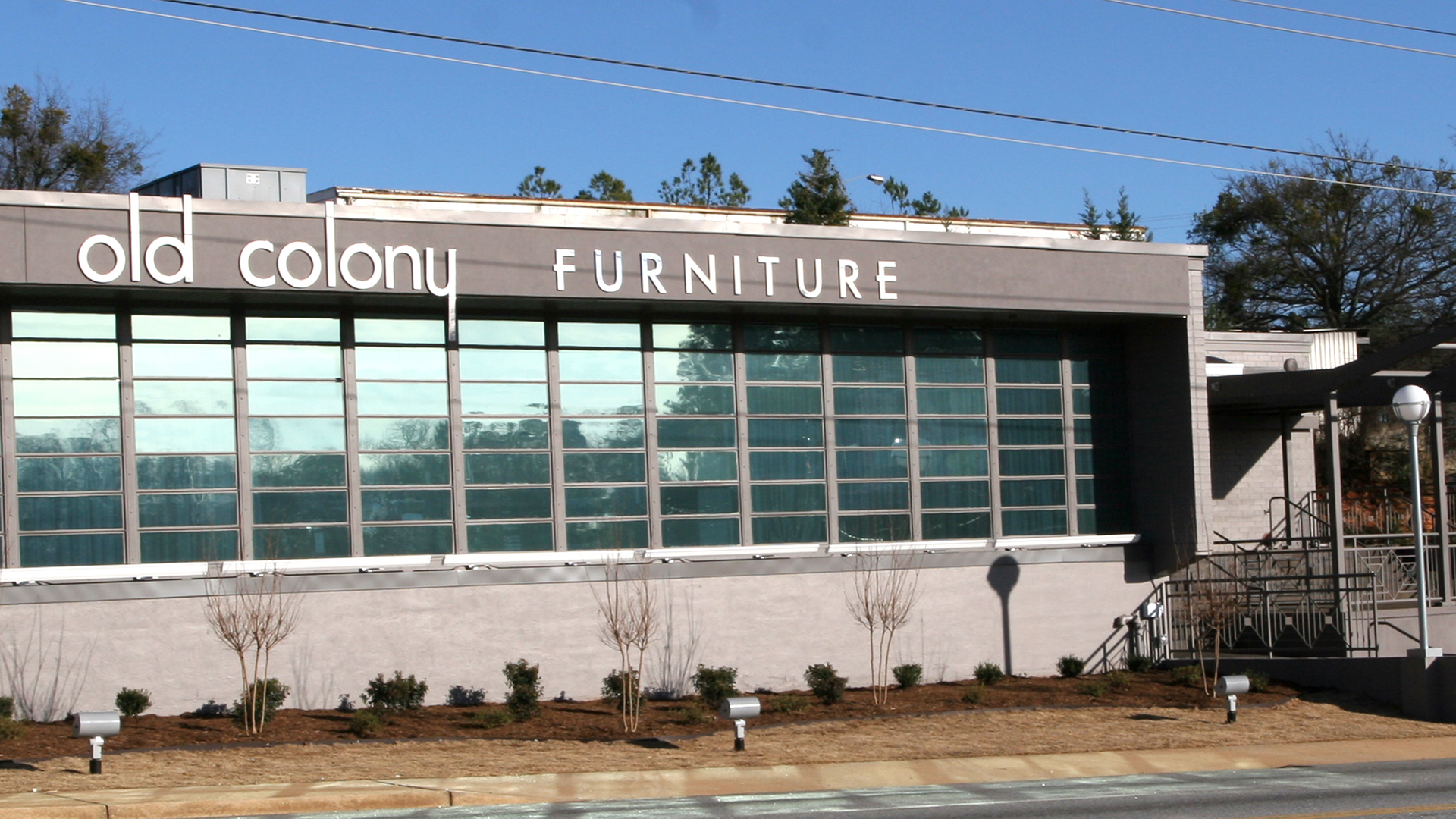 “My job is to say this is the new Old Colony. We have contemporary furniture. We have stuff that 25-year-olds would gravitate toward,” he said.

Another big selling point is the fact that it’s a full-service furniture store with its own warehouse and delivery trucks. And unlike “here today, gone tomorrow” stores, Johnson said Old Colony does everything it can to make sure customers are satisfied with their purchases.

“If they have a problem 10 years down the road, I’m the owner, I’m here six days a week, they can call me and we’ll figure out a way to make it right,” Johnson said.