In the summer of 2019, Chartspan CEO Jon-Michial Carter was in a conversation with his team when the topic of a work-from-home model came up — an idea Carter quickly brushed aside.

“Frankly, I thought it was an idea that wouldn’t work,” he said, “and I told them so.” 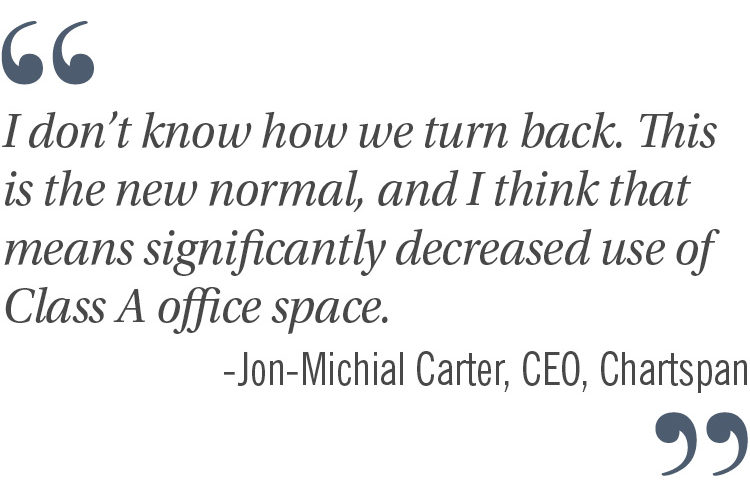 “The results were miserable,” he said, “and so, of course, I thought we were done.”

What his team didn’t tell Carter was that they opted to give it another go with a second beta project in October. Learning from their mistakes, they found they could successfully implement the model with few downsides. They presented the template to Carter in February 2020, just three weeks before COVID-19 forced ChartSpan to send its entire workforce home.

“My board and our investors thought we were brilliant, but the truth is, we weren’t — or at least I wasn’t,” Carter said. “But we had the road map right when we needed it.”

ChartSpan, a chronic care management program provider, has since made that move permanent, downsizing from its 100,000-square-foot headquarters at 2 N. Main St. – its home since 2016 – and moving into a 13,000-square-foot “collaborative workspace” in the NEXT Innovation Center.

ChartSpan’s old office space now sits empty and the landlord, Hughes Development, has not yet announced plans to bring in a replacement tenant. 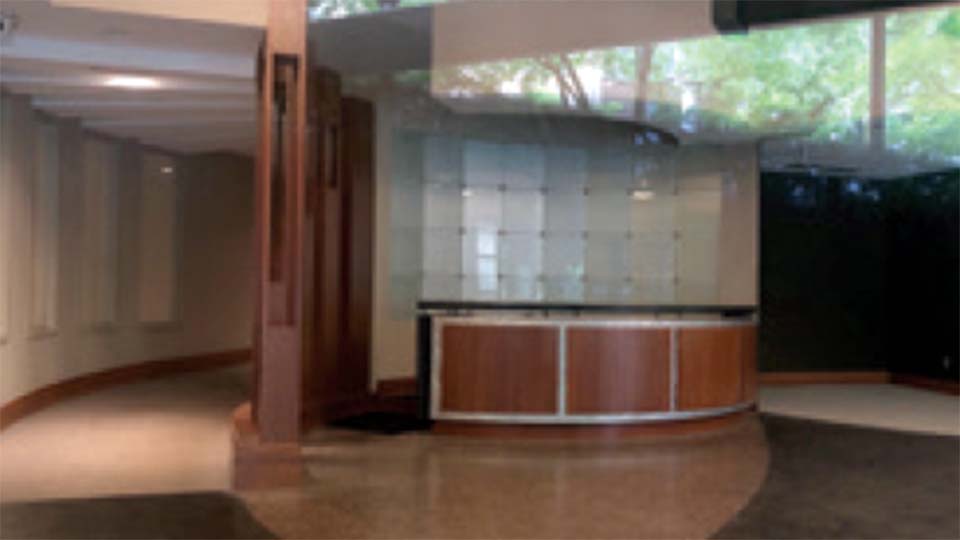 Finding one will be more difficult than perhaps any other time in downtown’s recent history. As COVID-19 has forced companies into remote-work scenarios, vacancy rates have skyrocketed in the heart of Greenville’s downtown business district, from 7.1% in the summer of 2020 to just over 14% as of the first quarter, 2021, according to data from Collier’s International.

Carter says he sees no reason for that trend to stop.

“I don’t know how we turn back,” he said. “This is the new normal, and I think that means significantly decreased use of Class A office space.”

Since moving to the hybrid work-from-home model, ChartSpan has seen “off the charts” improvements in patient utilizations and satisfaction and overall productivity, Carter said. In a company survey, 72% of respondents said they preferred a fully work-from-home model, while the bulk of the remainder said they wanted a hybrid model that allowed for office space available for those who want to go in on their own volition. 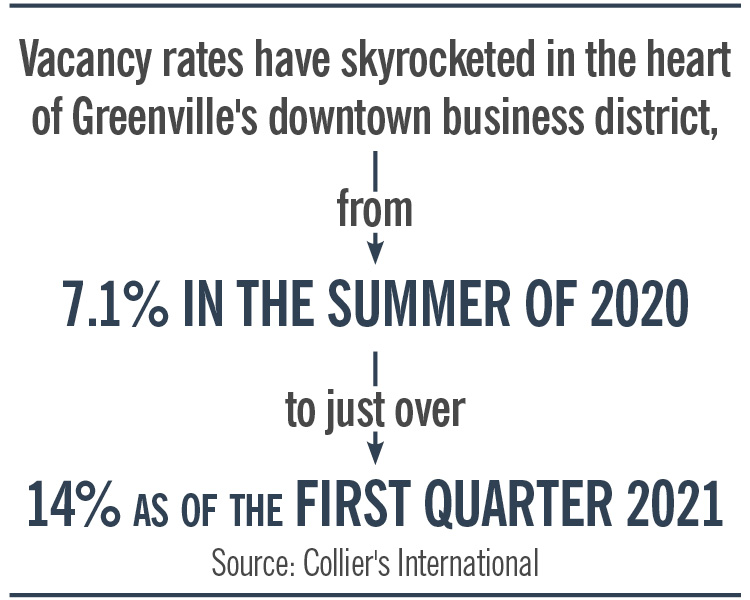 But Carter said even those who said they preferred working from an office in the survey aren’t showing up at the new space.

“Most honestly don’t utilize it, which is fine,” he said. “What we do use it for is collaborative meetings, a chance for teams to come together every once in awhile.”

Culture is still a concern — how to ensure employees stay connected, how to nurture the kind of interactions that spur innovation.

“We’re still learning and I think in some ways it will likely stay that way for awhile,” he said. “So much of this is still so new and so much developing, not just for us but for everybody.”