Let’s get right to the point: No one really knows just how office space will be impacted by the pandemic. Among market analysts, the phrase “too soon to tell” is practically a mantra right now.

But for those curious about the future of office space in the Upstate and the nation as a whole, it’s worth noting that even with the uncertainty, the numbers on the ground right now can provide a realistic assessment of where things stand — and where things might be going.

The impact of the pandemic so far

Thus far, there has been no great calamity regarding office space in Greenville and Spartanburg, according to Colliers’ International Research and Forecast Report for Q2 of 2020.

If anything, the market seems to have frozen in place. 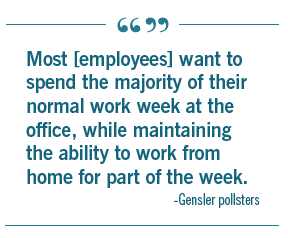 Those prices and that rate of office space absorption are likely to remain consistent during the second half of 2020, according to Baker, with no immediate structural changes evident just yet.

“While some tenants may continue to work remotely for an extended time period, many are ready to return to their offices while taking necessary COVID-19 precautions,” Baker writes.

What is more likely in the long run, however, is an increase in the amount of concessions offered by landlords as they fight to maintain their occupancy rates despite the changing dynamics of the modern workplace.

“Landlords will have to get more aggressive,” said Bailey Tollison, a brokerage associate on the office brokerage team at Colliers. “That could drive down rates, but more importantly drive up concessions that need to be provided — from free rent, to tenant improvement allowances, to a number of other possibilities.”

Also likely is a shift toward more companies purchasing buildings outright, as opposed to leasing office space, according to Tollison.

“Companies have already been taking advantage of record-low interest rates and are interested in acquiring owner-occupied space,” he said. “This is beneficial for them as it allows more control with their building, cleanliness standards, ability to distance — more flexibility overall.”

What the workers want

Despite the appeal of sweatpants and the nonexistent commute of remote work, the post-pandemic world isn’t likely to see any major dip in the overall demand for office space.

Simply put, most people don’t want to work from home all the time.

That’s the central finding of a recent poll of more than 2,300 workers across the United States. The poll, conducted by the global design and architecture firm Gensler, found that just 12% of workers want to work from home full-time after the pandemic is over.

Another poll conducted by CBRE’s Hana, a shared office space company, found that a full 99% of respondents agreed that although remote work had its benefits, the office remained a “critical place” for connections between coworkers. 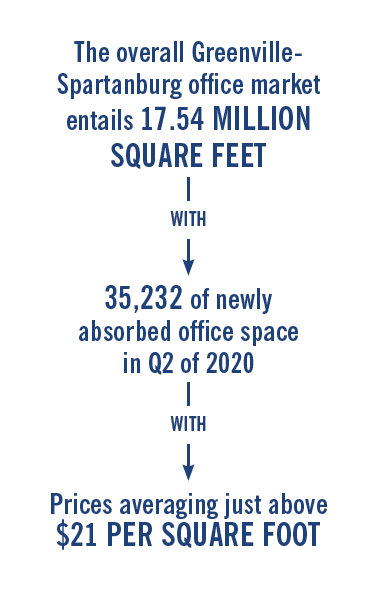 While the financial backers of both polls — an architecture firm that designs office space and a shared workspace company — have a lot riding on the continued prevalence of the office in modern work culture, that does not mean the findings can be ignored either.

If anything, both polls reflect a sentiment of workplace flexibility, a setup that combines the best aspects of remote and fixed-place work.

For employees, that means far greater control over how they want to work in the post-pandemic world. The days of top-down, employer-mandated workplace conditions — set hours, set location, no exceptions — are likely to loosen significantly, market analysts like Tollison agree. But that doesn’t mean the office is going anywhere anytime soon.

“Most [employees] want to spend the majority of their normal work week at the office, while maintaining the ability to work from home for part of the week,” the Gensler pollsters concluded. 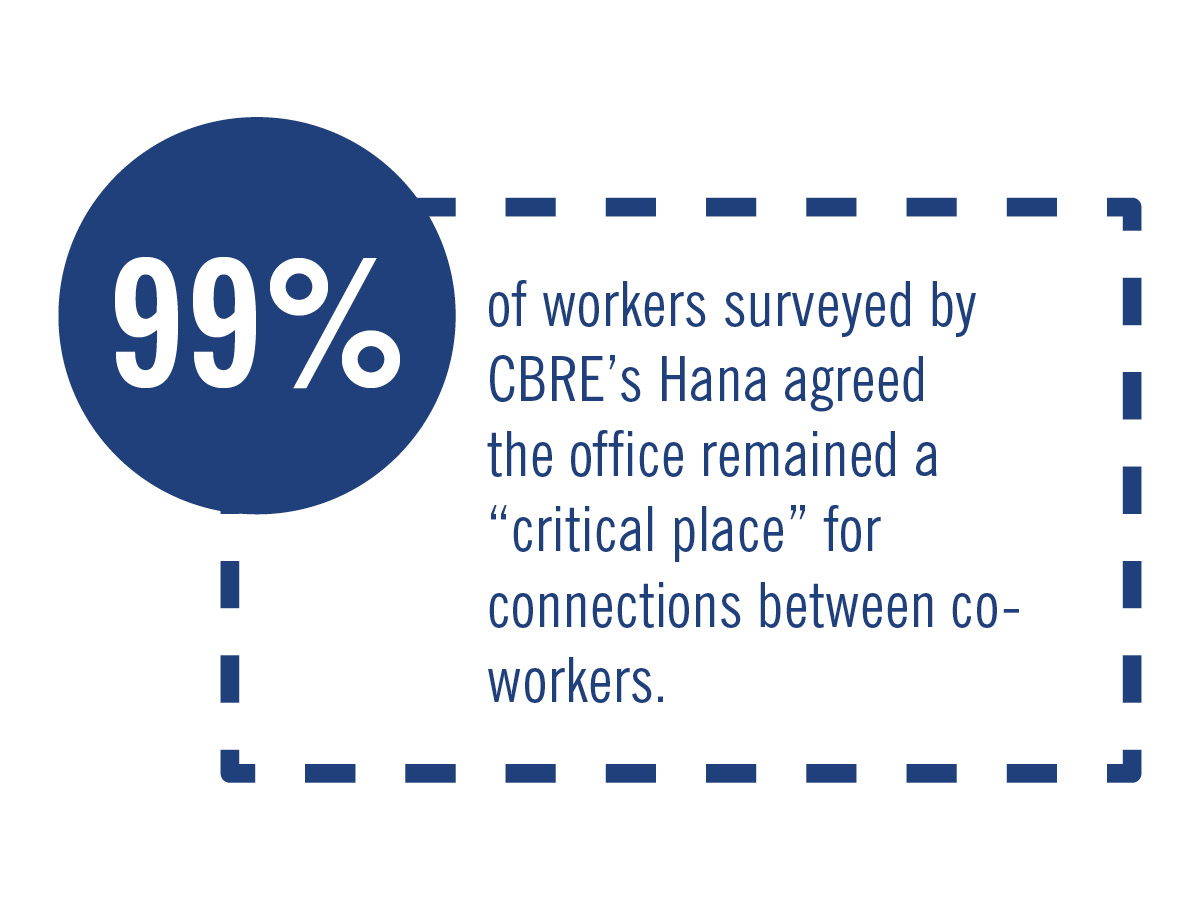 The Gensler poll also serves as a secondary survey of workplace quality, as the pollsters found the quality of the work environment had a direct correlation on the employee’s interest in returning.

“On average, the more satisfied a respondent was with their prior work environment, the fewer days they want to work from home,” the pollsters found.

Such a sentiment would seem fairly common sense, but within that finding lies a likely shift in not simply whether offices will or won’t exist in the future, but rather how those offices will function moving forward.

The offices of the past served two primary purposes: to provide employees with access to the instruments and technology the duties of the job requires (computers, fax machines, copiers, etc), and to congregate those workers in an area where teamwork could be achieved.

These days, the relative democratization of access to technology has rendered that first primary purpose of the office functionally moot. But despite the ubiquity of Slack and other communication apps, that second goal of the workplace, physical congregation, can not be dismissed so easily.

Overwhelmingly, workers are citing workplace interaction — both formal meetings and more casual socialization — as the primary driver of their desire to return to the workplace at least part time, according to the researchers at Gensler. 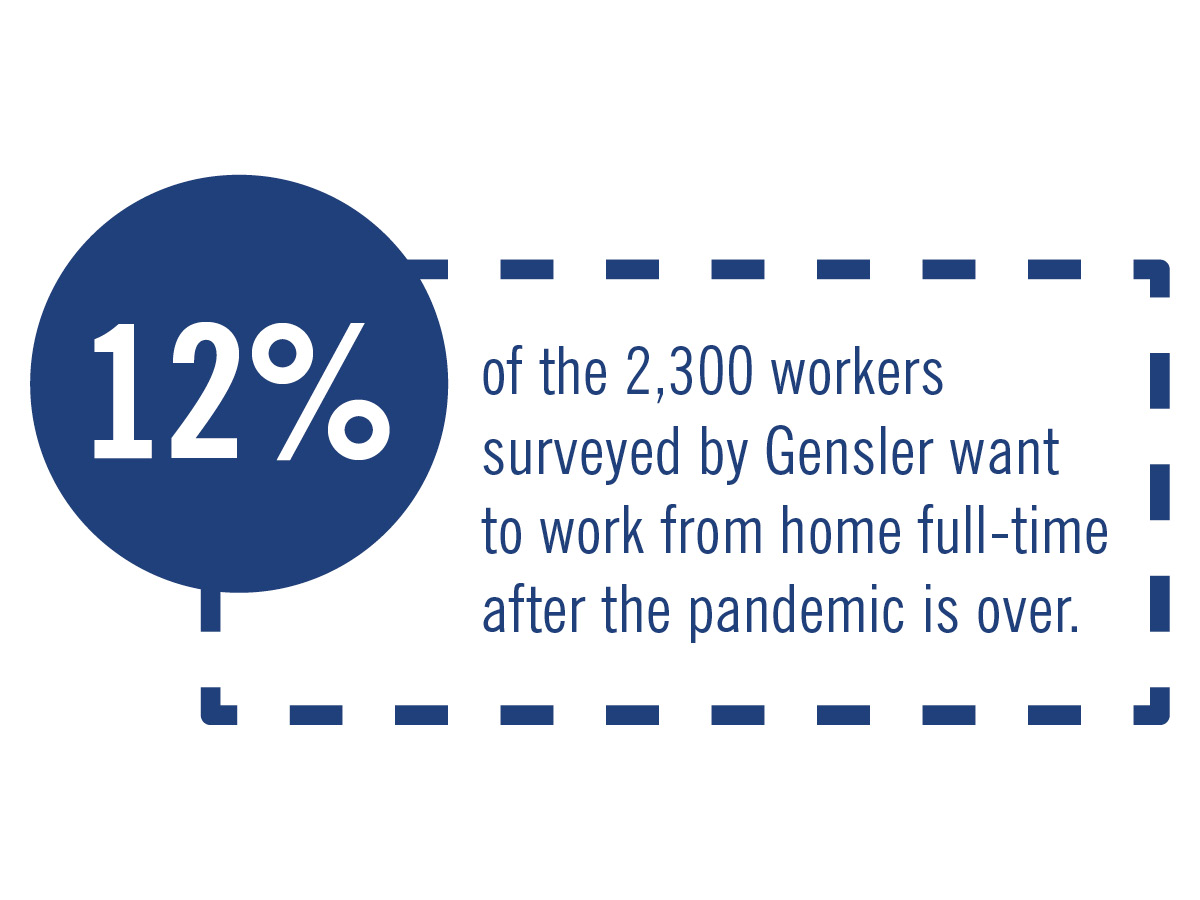 “That’s a big missing piece that, when working from home, you just can’t utilize,” Tollison said. “So I think a really important part to this whole question is where we look at just what is the office market going to look like moving forward.”

This reevaluation of how the office is received is hardly new. It’s a trend that has been on the rise in the past decade, with more mixed-use environments taking the forefront as opposed to singular-functioning business districts.

So the question remains: Is the office dead?

At first glance, no, it is not.

But perhaps it’s better to ask: Dead as we know it?

In that case, it’s possible. But just as the rows upon rows of cubicles commonplace in the lead-up to the new century made way for open concepts and Silicon Valley-chic gathering spaces, the post-pandemic office will likely see its own makeover.

As for what exactly that looks like, it remains — as promised — too soon to tell.