It’s hard to predict the future, according to Bill Taylor.

“From what I’ve learned in this business,” Taylor said, “the only good approach to the future is humility.”

But for someone who makes no claims of prophecy, Taylor still spends a lot of time thinking about the future. Taylor and co-founder Jody Nelson created kVA — now kVA by UL after UL acquired the company — to address safety in electronic automotive systems. As the managing director of the safety advisory consulting business, Taylor’s role is to analyze every particular aspect that could go wrong in an automobile, especially on functions that are so-called “safety critical.”

It’s an area that holds particular weight now that the industry is moving toward increasingly autonomous vehicles as more and more control is removed from drivers’ hands, Taylor said.

“If your car has a radio malfunction or your sync doesn’t work so you can’t connect your iPhone, that’s an annoyance,” he said. “But if you have some kind of bug or glitch in your steering system or your engine, you suddenly have a vehicle that’s out of control.”

Those challenges were front and center last month at the 2020 Consumer Electronics Show during a panel titled, quite bluntly, “Will the public ever fully trust autonomous vehicles?” Taylor, representing kVA by UL on the panel, noted that although autonomous vehicles are “very real and are certainly coming,” the vehicles still need to reach a level of nuance to be able to ensure safety critical functions work one hundred percent of the time.

“The fundamental reality is autonomous vehicles are going to be way safer. We’re going to save a lot of lives before this is all said and done.” – Bill Taylor, co-founder, kVA by UL

“We worry a lot about safety,” Taylor said. “It’s right to worry. But we have to remember that cars kill something like 40,000 people a year in this country. That’s a staggering number. And the fundamental reality is autonomous vehicles are going to be way safer. We’re going to save a lot of lives before this is all said and done.”

Here’s just one example of a problem Taylor has to think about:

For problems like this, Taylor said, three-dimensional mapping comes into play.

In places such as Greenville, the odds that we’ll soon see fully autonomous vehicles capable of zooming us from downtown to Woodruff Road to Spartanburg and back again are highly unlikely, according to Taylor. But what is possible in the short term are localized autonomous vehicle services, such as self-driving Uber or Lyft vehicles, that operate within set parameters.

Through three-dimensional mapping, the surroundings of a small downtown area like Greenville’s can be outlined in such a way as to note even the smallest of details — the street signs, the potholes, the curve of overhanging tree branches — as well as the traffic patterns of pedestrians.

Not all autonomous vehicles will function the same either, Taylor said. Partial autonomy is also right on the horizon, with options that could allow drivers to enter a “highway mode,” for example, that allows a car to drive itself on highway, with a human taking over control as the vehicle approaches an exit ramp. All systems, however, must be designed so that they can be easily and naturally overridden by a human driver.

The future may be hard to predict, but Taylor at least has a hunch.

Asked whether or not the grandchildren of millennials will have driver’s licenses, Taylor said, “I wouldn’t bet on it.”

But then there’s a different kind of future he can easily imagine, a Greenville in which people use fully autonomous vehicles in their daily routines — getting to school and work, for example — until perhaps a warm Saturday morning comes along. The air is fresh and the country roads beckon.

“If there are some nice country roads and I have a car that’s fun to drive and I just want to drive it, to enjoy that feeling, that’s when I’ll take it out on my own,” Taylor said. “Autonomy is very real, and it’s definitely coming, but I think people will still be driving on their own for many years to come.” 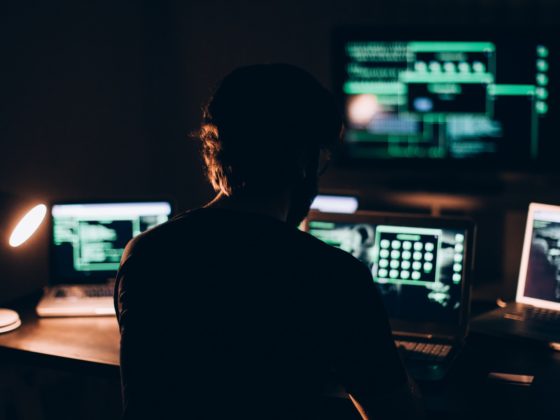 Beyond antivirus: How to protect your business from the unknown