The Spartanburg Republican, who served four terms in Congress and announced in early 2018 that he would not seek a fifth term, previously worked at the Columbia-based law firm in 1994 before leaving to join the U.S. Attorney’s Office, according to a news release. He will now lead the firm’s white collar defense and government investigations team.

Two congressional staffers will join Gowdy in practice at the firm — longtime chief of staff Cindy Crick and Sheria Clarke, the former staff director at the House Oversight and Government Reform Committee. Crick and Clarke will work with Gowdy on investigations, litigation, and compliance matters, the release said.

“We are very pleased Trey has decided to return to our firm, and to welcome such outstanding lawyers in Cindy and Sheria,” James K. Lehman, managing partner of Nelson Mullins, said in the release. “Trey’s ability to reach across the aisle and relate to individuals in all areas will benefit him greatly as he builds his practice. Trey is a well-respected leader in the legal community, a consensus builder, and someone we are pleased to call a partner. Our clients will greatly benefit from his presence as he will be a strong advocate for them.”

As a former member of the U.S. House of Representatives, Gowdy chaired the House Oversight and Government Reform Committee and served on the House committees on intelligence and ethics. He also served on the Judiciary Committee, where he served as chairman of the subcommittee on crime, terrorism, homeland security, and investigations.

Gowdy, a former federal prosecutor, was elected in 2010 to serve South Carolina’s 4th District, which includes Greenville and Spartanburg counties. He rose to prominence during the Obama administration as chairman of a special House committee investigating the 2012 terrorist attacks that left four Americans dead at a State Department compound in Benghazi, Libya.

The committee’s investigation led to the discovery that Hillary Clinton had used a private email server during her time as secretary of state. The discovery prompted an FBI investigation, which concluded that Clinton had been careless but that her actions didn’t warrant any criminal charges.

More recently, Gowdy played a leading role in the House Intelligence Committee’s investigation of Russian meddling in the 2016 election, including interactions between Moscow and President Donald Trump’s campaign. He also took charge of the House Oversight and Government Reform Committee after Rep. Jason Chaffetz of Utah retired from Congress in January 2017.

“I am very excited to join Nelson Mullins, a firm with a rich, deep and diverse team of talented attorneys and a reputation for excellence in all facets of the law. Prior to becoming a prosecutor in 1994, I had the privilege of working at Nelson Mullins and have long respected the firm’s commitment to professionalism and excellence,” Gowdy said in the release. “I’m also looking forward to continuing to work with Cindy and Sheria, whose legal acumen and character I deeply respect.”

Established in 1897, Nelson, Mullins, Riley, and Scarborough now has more than 750 attorneys and government relations professionals in 25 offices around the country, including in Charleston, Myrtle Beach, and Washington, D.C. 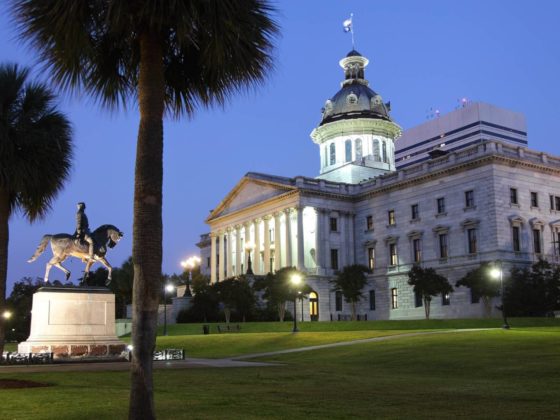