Flock and Rally, the women-owned integrated communications and marketing agency based in Columbia, South Carolina, earned two ADDY Awards from the American Advertising Federation of the Midlands, including one Gold ADDY Award in guerrilla marketing for The COMET’s “Saving Sarah’s Seat” campaign honoring civil rights icon Sarah Mae Flemming. The AAF of the Midlands hosted its annual American Advertising Awards gala on Feb. 27, 2021.

Sarah Mae Flemming was a Black woman from Eastover, South Carolina, who was expelled from a Columbia city bus for sitting in a whites-only seat in 1954 — 17 months before Rosa Parks’ historic action in Alabama. Working with the marketing team at The COMET and project partners Historic Columbia, the Flock and Rally team built out the campaign in spring 2020, setting its launch date for June 22, 2020 — the 66th anniversary of her ride. The date would be proclaimed Sarah Mae Flemming Day in partnership with the city of Columbia, the city of Eastover and Richland County.

Life-size cutouts of Flemming were placed on each of The COMET’s buses from June through August 2020, with printed information about her life and legacy and the tagline, “Her Seat Is Saved,” so that all passengers could learn about her impact on civil rights history. An accompanying campaign was launched via traditional and digital advertising, social media, water bill inserts and more, and The COMET’s in-house team hosted a socially distanced press conference to mark the proclamation. In the context of the nationwide events of summer 2020, what first was planned as a campaign to recognize The COMET’s place in civil rights history became a momentous celebration of a civil rights icon.

“Sarah Mae Flemming is an American hero,” says Merritt McNeely, executive vice president at Flock and Rally. “We were honored to work with John Andoh, Pamela Bynoe-Reed and the team at The COMET to develop this campaign to honor her legacy.”

The agency also was awarded a Silver ADDY Award in illustration — with credit to artist Cait Maloney — for its visual concept for the South Carolina State Fair’s response to the COVID-19 crisis: the 2020 Drive-Through S.C. State Fair. In the illustration, a family of farm and circus animals are smiling joyfully, piled into a vintage van to drive past the iconic Rocket and fair food vendors during “a year like no other.” The drawing served as the creative basis for the integrated communications and marketing campaign that the agency rolled out in partnership with the S.C. State Fair’s in-house team.

“The drive-through concept was a heartfelt, high-impact pivot on the part of the S.C. State Fair,” notes McNeely. “It was so meaningful to us to be able to work with Nancy Smith, Kathy Allen and their team on this. They worked so hard to offer a taste of the delight and wonder that fairgoers enjoy each year — while setting public safety as the highest priority during the coronavirus pandemic.”

The American Advertising Awards is one of the industry’s largest creative competitions, attracting nearly 35,000 professional and student entries each year through local club competitions.

Flock and Rally offers a range of services to clients across the South and beyond, from research, branding, strategy and planning to implementation services in marketing, public relations, social media and production management as well as traditional and digital advertising.

Flock and Rally is a full-service creative agency that serves a diverse set of clients in sectors including business, education, nonprofit, government, transportation, tourism, commercial real estate, economic development and technology. The firm celebrated its 10-year anniversary in 2020, and the agency is federally certified as a DBE. View the firm’s work, team and more at flockandrally.com. 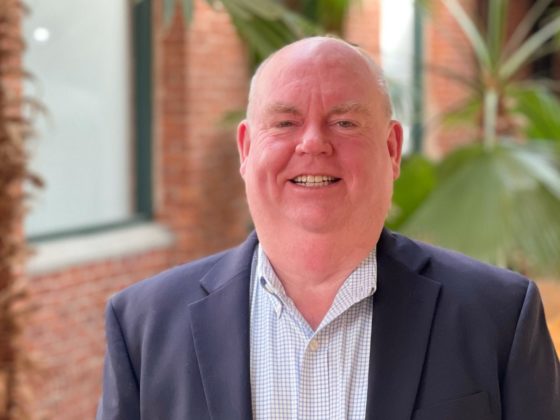