Back in the 1990s, Greenville County faced a dilemma: either it would diversify its industries away from its storied textile tradition or it would see nothing but economic stagnation.

Nearly three decades later, that challenge has been met and exceeded, according to a new study just released from the Darla Moore School of Business at the University of South Carolina.

The study found that the county’s development arm — the Greenville Area Development Corporation (GADC) — has seen $6 billion in economic impact in 2019 (the last year that was included in the study), sustaining 64,784 jobs in Greenville County, alone.

That number only increases when one looks at the impact of Greenville’s growth across the Upstate as a whole that same year, bringing the numbers up to $6.9 billion and 82,693 jobs. 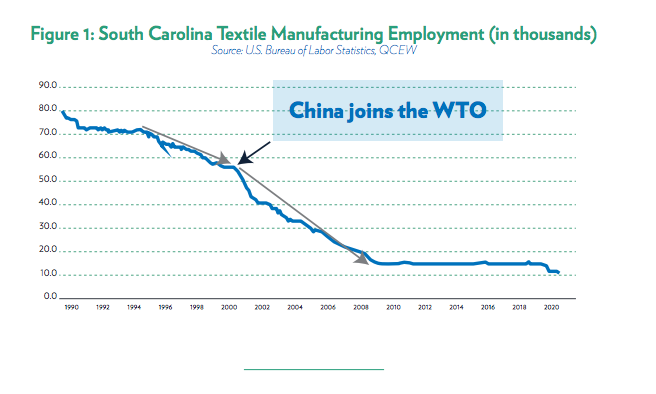 Since its founding in 2001, GADC has achieved a cumulative economic impact of more than $55 billion, according to the study.

The principle author of the study, Joseph Von Nessen, spoke during an online announcement ceremony on Wednesday afternoon. Looking back at the history of the GADC, Von Nessen said the timing of the organization’s founding was particularly apt.

“We can clearly see the decline of textiles that policymakers were reacting to in the 1990s,” Von Nessen said. “We can see that especially in 2001, after China joined the World Trade Organization and increased competition for textile manufacturing.”

What that competition meant for Greenville County was a significant and immediate dip in textile manufacturing employment, from about 55,000 jobs at the start of 2000 to fewer than 40,000 jobs by the start of 2021.

And that downward trend showed no sign of slowing down, which meant the county needed a replacement industry.

It found one in transportation equipment manufacturing.

“Led by manufacturing in general and transportation equipment manufacturing in particular … the percentage of the Greenville metropolitan region’s economy tied to manufacturing is almost twice that of Charleston or Columbia and significantly exceeds both South Carolin and national levels,” Von Nessen said.

The county’s manufacturing amounts to 13.1% of its total employment base, compared to 7.8% in both Charleston and Columbia, according to the study. 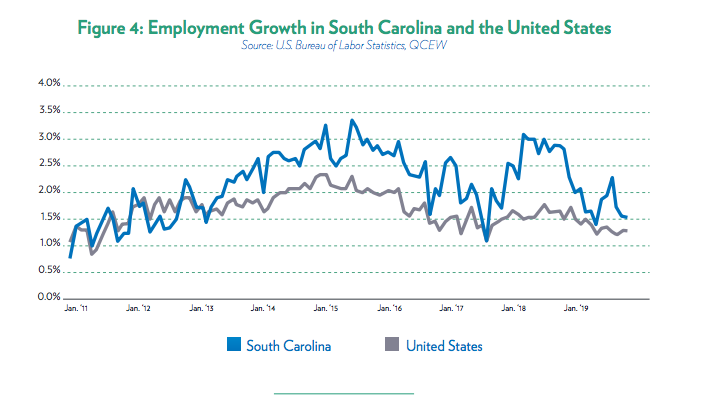 But don’t assume the county’s billions in annual growth over the past two decades is attributable solely to transportation manufacturing, Von Nessen said.

“Yes, advanced manufacturing has been a critical player and driver of economic growth, but we’ve also seen much more industry diversification,” he said.

Manufacturing has actually seen a significant decrease in its overall clout among the county’s top five sectors of employment, making up 25% of the county’s employment in 2001 and just 14% of its total employment in 2019. Meanwhile, other industries — trade, transportation and utilities, professional and business services, education and health services, and leisure and hospitality — have seen significant increases. 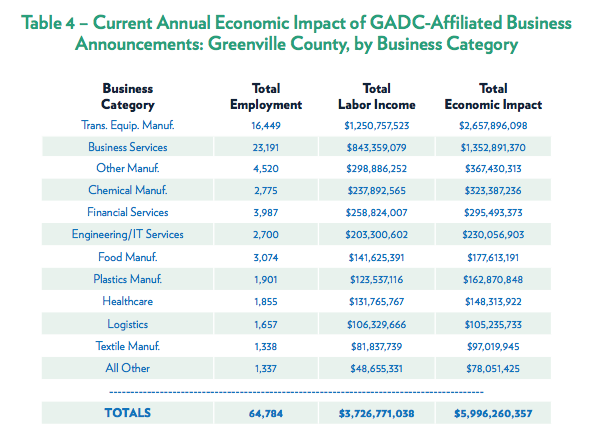 Von Nessen said that diversification is perhaps the most significant factor to consider when it comes to the county’s long-term economic viability.

“The diversified employment base really becomes important when we think about future economic downturns and insulating Greenville County against them,” he said. “The more diversity, the less likely any one particular cause of a downturn is going to derail your economy.” 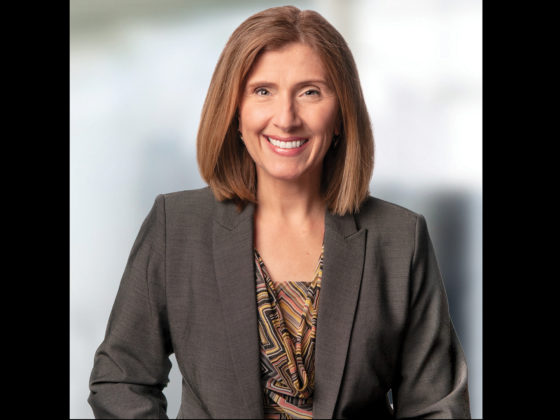 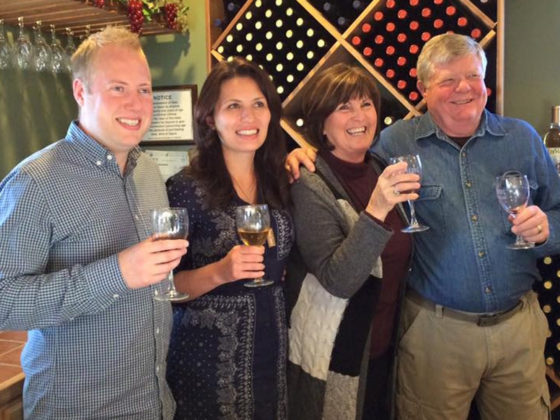