“We’re not just another bagel shop.”

Greenfield’s Bagels & Deli owner Robin Greenfield would eventually explain why she says that, but it would take a little while, because between sips of coffee she greeted her regulars by name, conversed with Rabbi Leibel Kesselman about various needs at the Chabad Greenville and packaged two deli containers of chopped liver to send to a friend who had just had surgery.

After 20 years in business, with 14 current staff members, most of whom have remained employed there for seven to nine years, a 401(k) program and a higher-than-median wage, Greenfield says creating a family in the shop is her goal.

That has led to successfully opening the flagship shop at Verdae, a satellite location at 206 E. Coffee St. downtown, and two franchise locations — one in Greensboro, North Carolina, a year ago, and the second at 870 E. Suber Road in Greer that opened in the fall.

The second location and the two franchises opened in the same calendar year but represent years of planning, painstakingly ensuring ingredient and recipe consistency, and translating the work culture from Verdae to the other shops.

“I want people to be invested and be empowered and to use their brains.”

“How do you rate if you’re successful or not?” she asks. “It’s not by money.” – Robin Greenﬁeld, owner, Greenﬁeld’s Bagels & Deli

As important to her as the quality of the bagel dough shipped from New Jersey is her involvement in the Jewish community. A minority culture in a predominantly evangelical region, Greenville’s Jewish population has grown since Greenfield moved here from Miami in 1995 to manage the Woodruff Road Publix.

“Twenty years ago, I was afraid to wear a Jewish star,” she says.

Now, she’s called “the Jewish mayor of Greenville” by the tight-knit group, and Greenfield’s Bagels is recognized as a legitimate Jewish deli that welcomes all. It’s a common occurrence for her Jewish customers to travel to visit out-of-town family and take a suitcase full of bagels and specialties with them.

And while she is open about her support of Jewish centers of worship and causes, her shops serve the entire Greenville community. She has supplied bagels to conservative Christian institution Bob Jones University for years, for instance, and the day before both Thanksgiving and Christmas, the shop sold out of bagels even though the staff made 3,000 each morning in anticipation of large orders.

“The business is growing,” she says.

The fact that her shop’s reputation has grown to that level is not something Greenfield expected when she opened the first location in 1999 in the former Harris Teeter on Roper Mountain Road before moving to the Verdae site in 2001.

Greenfield says her next aspiration is to get her bagels into the airport like other local brands have done, but that’s a dream for now as she keeps an eye on the newest franchise — popping in for surprise visits — and being patient with the courthouse construction around the downtown location. Once that is complete, she anticipates a constant flow of pedestrian traffic that will give the shop the boost it needs.

Life is like a sandwich, you should fill it with the best ingredients.

Greenfield is blunt — a bit brash, with a vocabulary as colorful as her tie-dyed shirt — and isn’t shy about much. She’s also willing to admit when change needs to happen in order to continue growing her business.

“It’s all learning,” she says. “If there comes a problem, I’m going to figure out a solution. Give me a negative, and I’ll figure out a way to turn into a positive.” 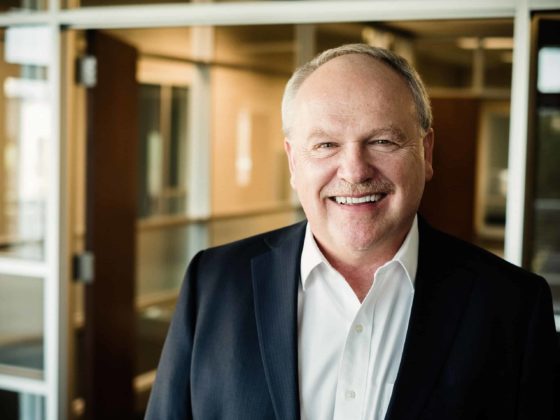