What do Queen Elizabeth I, Sir. Francis Drake, William Shakespeare, an astronomer who became the first brewer in North America, gingerbread cookies, the mojito, Fidel Castro, the Bacardi rum dynasty and Greenville all have in common?

Answer: They all play a key role in the story behind Islander Ginger Beer, the all-natural ginger beer from beverage company Harriott’s, which is brewed by Thomas Creek Brewery in Greenville.

Founded by Georgia Dunn in 2012, the company has just released its newest beverage, Harriott’s Hard Lemonade, a natural take on a typical alcoholic lemonade.

But the story behind Harriott’s began hundreds of years earlier, Dunn said, going all the way back to an astronomer named Sir Thomas Harriott who embarked upon a long voyage to North America in 1585.

“He was my great-great — 13 generations ago, however many ‘greats’ that is — grandfather,” Dunn said.

Back then in the 16th century, astronomers like Harriott were necessary on long voyages, their instruments guiding the ships by way of the stars. Harriott had also been tasked by Queen Elizabeth I to document everything he came upon during the voyage.

“He was an amazing man,” Dunn said. “When they arrived, he taught himself the native Algonquin language.”

It was on that trip that Harriott decided to brew corn to make beer, becoming the first brewer on record in North America’s history.

He also collected tons of ginger to bring back to the queen and was picked up by a ship captained by the famous sea captain Sir Francis Drake, who had his own stock of goods he’d picked up on his own explorations, including cane sugar, mint and citrus.

“The legend says it was that journey when the invention of the mojito came about,” Dunn said. “They first called the drink the ‘El Draque,’ but according to what I learned on my trips to Cuba, they had to change the name, because Cuba couldn’t have its most popular drink named after a man who did nothing but plunder them.”

Upon his return to England on Drake’s ship, Harriott presented the ginger to Queen Elizabeth, who passed it over to her chefs with the task to put it to good use. They came back with a new dessert for the queen’s court, which they dubbed “gingerbread men.”

Brewers in England, for their part, put the ginger to use by making ginger beer, a new invention at the time, which was a favorite of William Shakespeare, who wrote about it in his play “Love’s Labour’s Lost.”

Over the centuries, ginger beer became a favorite worldwide, but it was especially prominent in the British-controlled islands, including Turks and Caicos, which is where Dunn’s family lived for generations.

After spending time living in various states, Dunn herself returned to the island in the 2000s, where she began conducting her research into the life of her grandmother and the culture of her ear.

“She was in that last generation who lived on the island when it was still a salt economy and seafaring community,” Dunn said. “Back then, alcoholic ginger beer was a household staple — not the soft-drink variation we know today, but something everyone made at home with family recipes, a lot like Grandma’s apple pie and biscuits.”

Realizing that “the island was one bad hurricane away from all those records disappearing in the ocean,” Dunn began brewing ginger beer using the old recipes, a way for her to bring history back to life.

Eventually, while at a conference, she happened to meet members of the famed Bacardi rum dynasty, who had fled Cuba in the 1950s when Fidel Castro came to power. They encouraged Dunn to find a way to mass-produce her ginger beer, and they suggested a location where they brewed their own line of beer.

“They told me I had to go to Greenville, South Carolina,” Dunn said. “They said the water in Greenville is some of the top water in the country.”

Dunn said she’s just glad to be able to continue the legacy.

“Every family has a real interesting story,” she said. “We’re all standing on the shoulders of the giants that stood before us.” 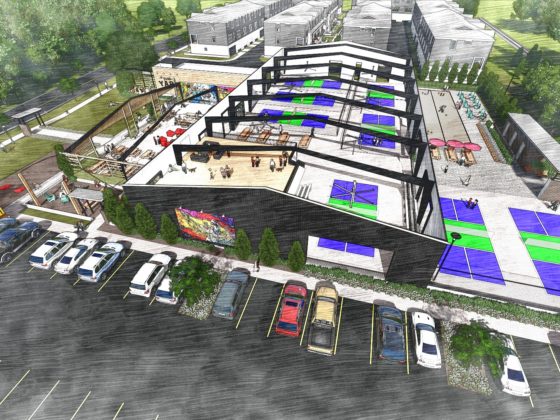