Designs for United Community Bank’s new headquarters in downtown Greenville have been submitted to the city’s Design Review Board.

According to renderings submitted, there will be four levels of office space above three levels of garage as well as two levels of retail office space.  A glazed facade will also be featured, according to the application. 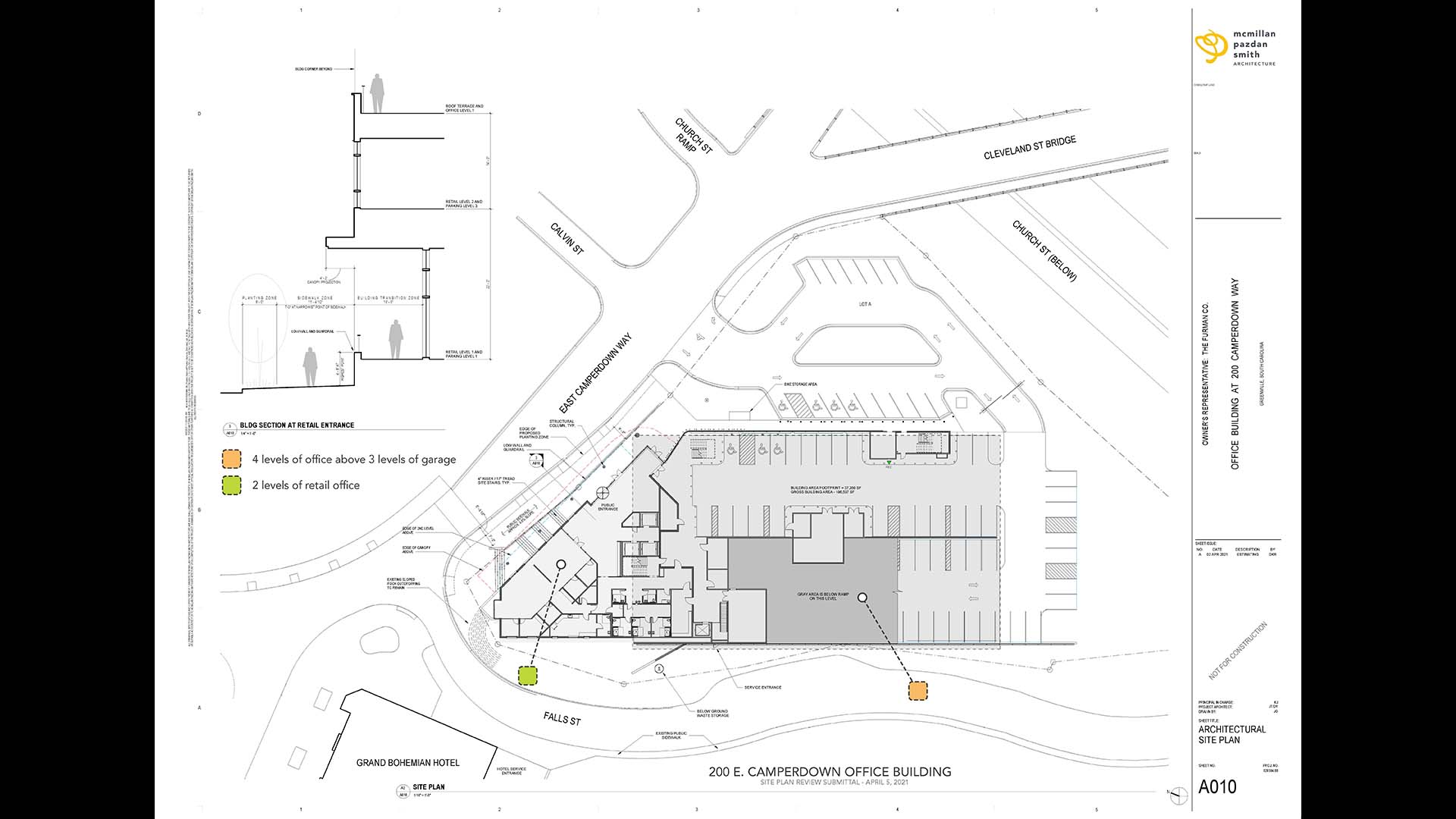 The application was submitted by The Furman Co., the Greenville real estate developer.

United announced in February the company would move its headquarters from Blairsville, Georgia to Greenville. The new headquarters will sit on the Reedy River next to the Bohemian Hotel in downtown Greenville at 200 E. Camperdown Way where Wyche Law Firm is currently located. The $24.8 million project will be completed by 2024, according to the bank.

Lynn Harton, CEO and president of United, said in February that United’s leadership has been based in Greenville for a long time and the move was inevitable: “We felt like this was the right time to kind of officially name Greenville as headquarters.” 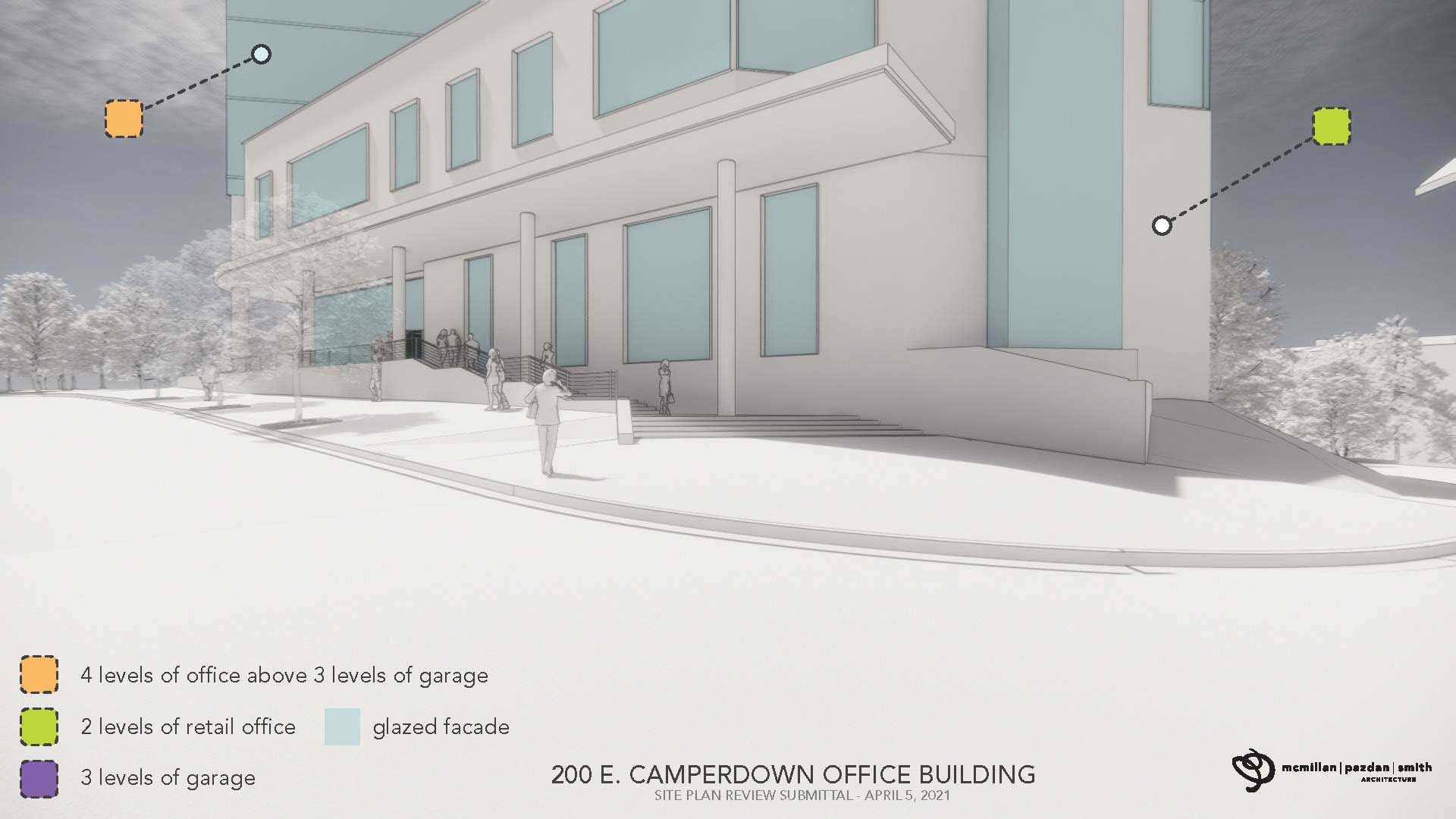 He said it would be a “tremendous opportunity” for Greenville — that includes the addition of more than 220 employees.

No jobs at the previous headquarters will be eliminated, according to the bank. Across its footprint, United employs more than 2,400 people. Of those employees, 611 are in South Carolina, 433 are in the Upstate and 287 are in Greenville County.

Scroll through more renderings and maps of the new site below. 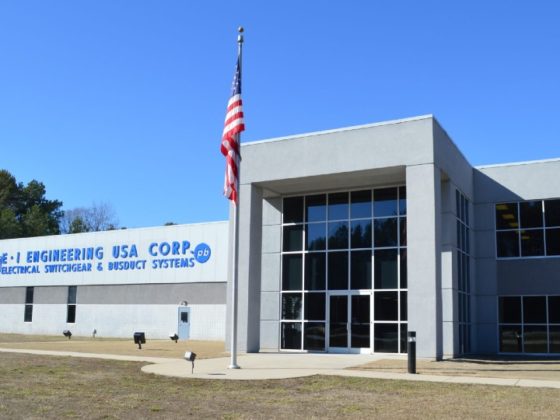 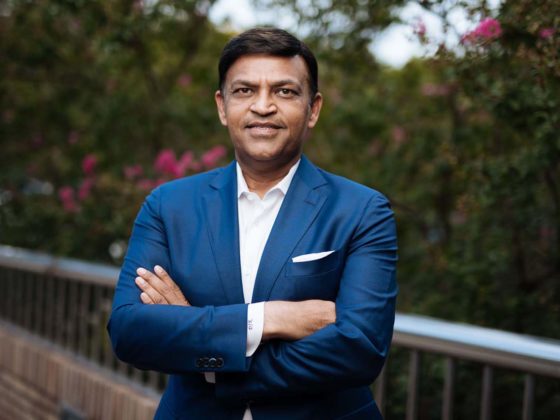