A self-described home-school dropout, Luther Cifers began his professional career with an entry-level job at a third-tier automotive parts supplier, quickly climbing the ranks of the company and acquiring skills in manufacturing, engineering, programming, and management.

Several years later, after taking up the hobby of kayak fishing, Cifers, along with one of his friends, decided to launch YakAttack, a Virginia-based company that produces accessories for the paddlesports industry.

The company, which the duo began in a garage with a few hundred dollars, has since become one of the most popular brands in the kayak-fishing market.

In 2016, however, Cifers decided to design his own fishing kayaks and manufacture them under a new brand: Bonafide Kayaks.

Bonafide unveiled its first model last year at the annual iCAST trade show in Orlando, Florida, and announced that it was investing nearly $2 million in a manufacturing facility at 10 Quest Lane in Greenville. The operation is expected to create 76 new jobs over the next three years.

The Upstate Business Journal recently caught up with Cifers to discuss his love of fishing, his experience as one of the outdoor industry’s leading entrepreneurs, and the growth of Bonafide Kayaks.

The following transcript has been edited and condensed for brevity and clarity.

Upstate Business Journal: Your bio says you are a “self-made entrepreneur with an extensive background in manufacturing and mechanical design.” Can you expand on your work experience before launching YakAttack and Bonafide?

Luther Cifers: I started working for an automotive-component supplier fresh from dropping out of home-school. I was 19 and had to get a GED before they would hire me. At that company, I was exposed to manufacturing processes and techniques, and became very interested in mechanical and electromechanical technology. Some people there saw potential in me and gave me the opportunity to work on a process-improvement team, and after a couple of years I earned a spot in engineering. For several years I designed automated manufacturing equipment. After a three-year diversion into software programming, which grew from a hobby into a chapter in my career, I started a consulting company doing mechanical design for a variety of industries. That’s what I was doing when I started YakAttack in 2009. As YakAttack grew from a hobby business into a full-time venture, I wound the consulting company down and closed it in 2012.

UBJ: How did you get started in the kayak-fishing scene — both personally and professionally?

LC: I’ve had a love for fishing since I was a kid. Learning about kayak fishing enabled me to access water that was previously unavailable to me, and in doing so, enabled me to take my fishing to another level. The professional side was simply identifying needs in the sport and creating some simple solutions. Once it became clear that there was potential for a real business, I went all in.

UBJ: In the middle of 2010, your business partner left. But instead of calling it quits, you decided to buy his share of YakAttack and turn the company into a full-time business. What was that transition like?

LC: In 2010, I saw that YakAttack could become a full-time business, and decided to put every resource I had, including all of my spare time, into making that a reality. We developed one product at a time, growing organically over the next few years. I ramped down my consulting company as YakAttack grew, until I finally made the full-time leap with YakAttack in 2013.

UBJ: Did you always know you would be successful?

LC: I define success as the realization of one’s goals. In that way, I’ve always felt like I could achieve my goals, and have generally set reasonably conservative goals and then tried to exceed them. But I never dreamed that I’d own two growing companies and strong brands like YakAttack and Bonafide. It’s more than a dream come true, and I remember that every day. We’re very blessed to be doing what we are doing, and I feel like it’s a privilege that needs to be earned daily.

UBJ: Where does your inspiration come from? How does an accessory or kayak go from concept to final product?

LC: We are inspired by necessity. Our job is to solve the problems kayak anglers have on the water, and to offer them products that empower them to become better kayak anglers, and to have a better overall kayak fishing experience. Once we’ve identified a need, we use various [research and development] tools, a virtual CAD [computer-aided design] environment, and rapid prototyping to develop concepts until we have the product dialed like we want it. For boats, prototyping is a bit more difficult, but we prototype those as well.

UBJ: What inspired you to design and manufacture your own kayaks?

LC: I made the decision to start a kayak company in mid-2016. A lot of customers had asked me to build a YakAttack kayak, but I didn’t want to lose the focus we have at YakAttack of leading the industry in accessories, and I didn’t want to alienate our strong OEM [original equipment manufacturer] partners, most of whom are kayak manufacturers. When market forces and circumstances aligned so that building a kayak made sense, I decided to start a new company, and keep the two separated. YakAttack is in Central, Virginia, and Bonafide is in Greenville.

UBJ: In 2017, Bonafide announced that it was investing $2 million in a manufacturing operation in Greenville. Why Greenville?

LC: A number of reasons. The first is that the product-development team I hired already lived in Greenville. Second is that there is not a good supply of natural gas in the region where YakAttack is. The third is that there’s a lot of rotomolding — the process we use to make kayaks — from western North Carolina down into Georgia, and that has created an experienced employee base. The last reason is that Greenville is awesome. It’s my favorite place in the country, and aside from building permits and those kinds of issues — that was tough — it’s a great place to build a business.

UBJ: How many kayak models does Bonafide currently offer?

LC: In the 2018 season we offered two premium sit-on-top fishing kayaks, the SS127 [MSRP $1,599] and the SS107 [MSRP $1,299]. They are similar but are 12 feet 7 inches and 10 feet 7 inches respectively. The SS127 is incredibly stable, has good paddling performance, and high weight capacity. The SS107 is MRE-portable, still very stable, and paddles better than any 10-foot kayak I’ve ever been in. Now we are launching our RS117, an 11-foot-7 kayak that retains premium status, but is priced more economically at $999. This coming February we will launch our first sit-inside kayak, the SI123.

UBJ: According to the Outdoor Industry Association, South Carolina is home to a $16.3 billion outdoor recreation economy. Have you seen this statistic reflected in Bonafide’s growth?

LC: Our market is nationwide, and as I write this I’m on a plane to the Paddle Expo show in Nuremberg, Germany, to begin to establish international distribution, so local markets don’t impact us very much. What it does do, however, is make it easy to hire outdoor enthusiasts as there are a lot of them around Greenville. As far as growth, we shipped our first kayaks January 2018 and are already serious players at the highest tier in premium paddle-fishing kayaks. The SS series is arguably the top premium paddle-fishing kayak of 2018. We’re very proud of that and it has enabled us to exceed our sales numbers for 2018, and we expect to exceed our 2019 prelaunch business plan projections, as well.

UBJ: What are some of the biggest challenges facing Bonafide right now?

LC: As a small but rapidly growing business, the biggest challenges are those associated with growth. Although growth is what every business wants, it strains your capacity, your systems, and your cash. We’re doing everything we can to adapt those things to manage these challenges, and I’d say we’re winning that battle.

UBJ: Can you explain the company’s pricing and distribution strategy?

LC: We are a premium brand, with a strict minimum-advertised-price policy. Our distribution is primarily through independent specialty retailers. Premium products like ours require expertise to sell, and we have an ISR network that is very enthusiastic about what we are doing and second to none in terms of expertise and serving the end-customer.

UBJ: How important are trade shows to Bonafide’s success?

UBJ: What are your biggest resources? Who has helped you most in building Bonafide?

LC: Our biggest resources are our people. Building this company has been a team effort, and we have a lot of dedicated, highly motivated members of that team who go the extra mile to ensure we meet the challenges of each day.

UBJ: What does the future of Bonafide look like?

LC: The future is bright. We have built a strong brand and a truly unique, standout product line. We will continue to develop new models and expand our operations, but the building we are in has ample room for growth. I’d expect it will handle us for at least the next five years or so. 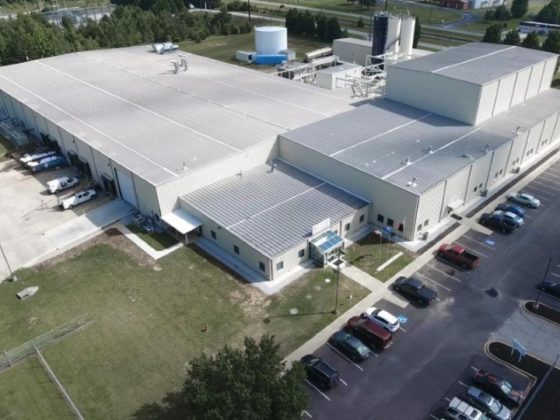 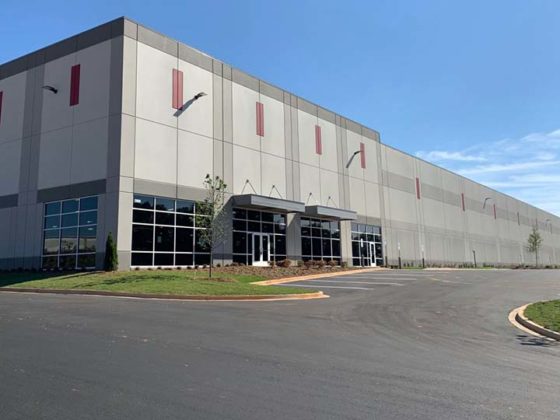 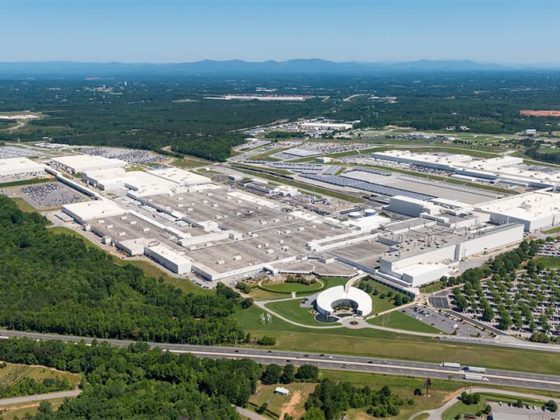 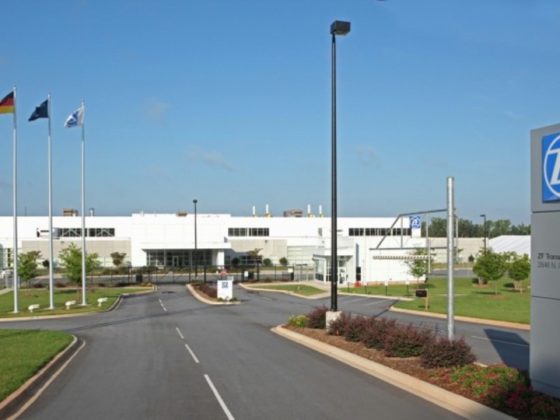 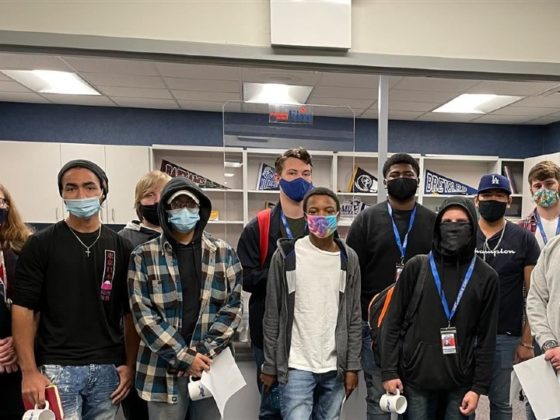 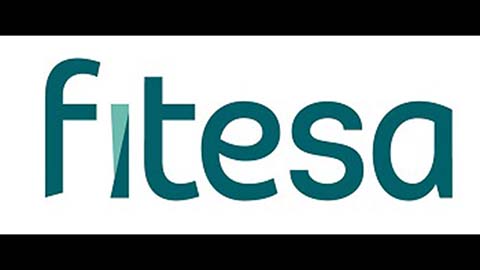