Metromont Corp., a manufacturer of precast concrete materials, has announced plans to move its Charlotte operations to its existing facility in Greenville County.

“While we’ve seen much success with our Charlotte plant over the years, we feel that consolidating our North and South Carolina operations into one central location will allow us to improve our production efficiency and quality control and ultimately, better serve our customers,” says Chuck Gantt, vice president and general manager of Metromont Carolinas.

Metromont purchased its Charlotte plant in 1995, according to a press release. It has since provided architectural precast concrete for more than 400 projects, including the Hearst Tower, Mint Museum, and NASCAR Hall of Fame.

In 2015, Metromont purchased a 95-acre site in Spartanburg, which currently produces much of the company’s structural product. The company more recently announced plans to invest $8.8 million into the expansion of its Greenville plant, which is located at 2802 White Horse Road.

The expansion, which is expected to create 100 jobs over the next five years, will include a new batch plant and an updated carpentry and steel fabrication shop.

Metromont’s transition from Charlotte to Greenville, including the transfer of employees and equipment, is expected to be completed by July, according to the release.

“The important thing to note is that our product mix has not changed.  We are still in the architectural precast concrete business and will continue to serve the Carolinas and Georgia,” says Steve Babcock, director of business development for Metromont Carolinas. 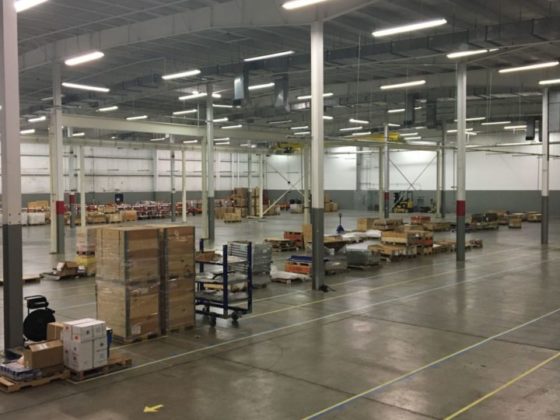