Clay Smith is heading to the shower — not because he’s cleaning up after a makeup-laden performance under hot stage lights as he has for the last 20 years. Rather, he’s about to take his Delighted Tobehere persona online for a coronavirus edition of his drag show.

“Every Saturday night, I do a show at 8 o’clock from the shower because it’s the best acoustics in the house,” says Smith, 37, a Greenville native who most recently starred in The Warehouse Theatre’s pandemic-abbreviated run of “Hedwig and the Angry Inch.”

Because of COVID-19, the glittery, Broadway-tune-belting actor says, “There’s no income coming in. As of this moment, I have zero gigs until June 27, with the exception of two drag brunches I have at Café and Then Some.” (Those likely will be canceled.)

Smith has been living in the Warehouse Theatre’s artist housing because New York City, where he renewed his lease at the end of last month and lives most of the year when he’s not on the road performing, remains too dangerous. So he streams his local show on Facebook Live, as do countless musicians and performers who also use the opportunity to solicit donations via Venmo or PayPal.

Still, others are watching their supplemental streams of income evaporate.

Todd King, 53, a professional rock ’n’ roller and member of multiple area bands for the last 10 years, says he’s not averse to mowing lawns since his guitar lessons have been trimmed considerably.

Normally, he tutors about 30 students. Since the coronavirus onslaught, that number dwindled to about a dozen — now down to four or five, he says.

“A lot of people have dropped out due to their income, right? They don’t have any money either,” he says. “That’s kind of one of the first things that goes: music lessons.”

Other artists see an upside to self-isolation.

“Myself and any other artist or musician — or whatever your form of creativity is — it’s a negative thing that’s going on now, but the silver lining is you have so much time just to create,” Liana Stadelmann says.

The 25-year-old Spartanburg native, who lives in Inman, formed the website Aquabun.com about two years ago to sell her watercolors full time while also operating a hairstyling business — “Now, I can’t do hair, that’s for sure.”

Nevertheless, she says, “Normally, oh, my gosh, business takes up a larger portion of my time than just creating — more than half — but that’s totally turned around now. I have tons and tons more time to just paint or make things or work on commissions or practicing my harp.”

Crystal Marie Stewart continues practicing, too. A native of Greenville who most recently appeared in The Warehouse Theatre’s 2018 production of “Bloody Bloody Andrew Jackson,” she is currently pursuing a master’s degree in acting at the University of Iowa.

“I’ve also been seeing a lot of really beautiful art and seeing a lot of people mobilizing and working together to put things together and make things happen in a way that I think is really cool,” the 28-year-old professional thespian says. “Innovation doesn’t happen unless there are no other options, and this kind of seems like that time.”

All of the artists here praise the arts scene’s spirit and support.

“The Greenville theater community is so beautiful,” Stewart says, noting that The Warehouse Theatre also helped her get jobs teaching acting in Greenville County Schools.

Through the ongoing crisis, Smith encourages artists to help each other as they also help themselves: staying healthy while creating art and tending to business.

“It is called show business for a reason, so really hone in on your business skills to make sure that you are taking care of yourself financially,” he says. “I would tell them now that we need them more than ever.”

For her part, Stadelmann spends her wide-open time promoting her work on social media and making YouTube videos.

“When things start picking back up,” she says, “I’m still here. I’m available — just keeping yourself in people’s minds. When things get back to business, people are going to make a lot of money.”

Speaking to the notion of creating art for the love of it more than for the money — he specifically riffs on the “starving artist” trope — Smith says the arts are more important than ever.

“That’s what the arts are there for: not only to inspire in times of joy, but also to comfort and distract, possibly, and even at times of hardship,” he says, “and so I’m hoping to do my part.”

Here’s a tip — give a server a virtual gratuity

While you’re at home mixing that savory bloody mary or savoring your favorite IPA, don’t forget to tip your bartender or server.

Thanks to “virtual tipping,” you can do just that. Chris Bizzell, who founded ionGreenville.com four years ago, added a page to his website to help service-industry workers who earn their living primarily from customers’ gratuities.

One of those is Ali Schmitt, a bartender whose regulars stepped up and filled her tip jars at Ty’s Food & Spirits the night before the tavern near downtown Greenville had to close because of the coronavirus.

“I feel very lucky to work in a neighborhood bar like I work in and have people that genuinely care about me and take wonderful care of me,” says Schmitt, 28, whose boyfriend, Shawn Root, 32, tends bar at Local Cue Game and Sports Bar,

That’s why Bizzell stepped up, too.

“People are really trying to support each other during all this,” says Bizzell, who had heard from a couple of local music promoters about a similar program in Charleston.

“Thirty minutes later, he had it up and running,” says one of those tipsters, Wes Gilliam, co-owner and talent buyer at the Radio Room. Gilliam’s venue, incidentally, will pay its 10-member staff “partial unemployment” for as long as possible, he adds, while also working on finding grants and loans.

More than 500 hospitality workers have registered, entering their Venmo account on Bizzell’s site. One of those names appears each time the page refreshes; Schmitt signed up almost immediately.

“It randomly takes a server — somebody in the service industry — and it gives you their information to tip them,” Bizzell says. “We’re trying to make it as fair as possible. There are just so many people out there, but it seems to be working pretty well.”

In its first two weeks, the page garnered more than 5,000 views. He doesn’t know how much any of the registered industry personnel has earned; the company takes no percentage.

“But as far as visibility and people looking at it,” he says, “it’s been pretty popular.

Even so, Schmitt says, her job means more than just cash flow.

“At first, it was kind of nice to have a week off of work,” she says, “but then after that, it’s, like, OK, I’m sick of sitting in the house. I miss seeing all my regulars. I miss serving the people. I miss it.”

Disclaimer here: Several years ago, the National YoungArts Foundation contracted me to be a first-round judge for its national writing competition, open to ages 15 to 18 or grades 10 through 12. I get to read about 70 novel excerpts, among hundreds of thousands submitted each year.

Most recently, the philanthropy emailed me about an “unprecedented national, multidisciplinary partnership,” Artist Relief.

Comprised of seven grant-making organizations and a consortium of foundations, the alliance oversees a $10 million financial-assistance campaign to help artists of all disciplines, in all stages of their careers. Grant applications are open now. Here are just a few of those participants:

American Academy of Poets: Founded in 1934 to support poets, the organization also links to nine other sites for artists seeking financial assistance. As part of Artist Relief, the philanthropy is offering “immediate individual grants of $5,000 to those in need,” its website says.

Creative Capital: The New York-based philanthropic organization has committed nearly $50 million in project financing and advisory support to more than 740 artists and their 600 projects since 1999. When social distancing isn’t in place, the organization also offers peer-to-peer workshops, serving 20,000 artists in 800 “creative communities” nationwide.

Foundation for Contemporary Arts: Billed as the only philanthropy of its kind where artists contribute to other artists, the FCA counts among its founders Jasper Johns, a renowned painter whose work is featured in the Greenville County Museum of Art. The foundation, which started in 1962, operates 11 grant programs across multiple disciplines.

Even more help is available. While many of the artists interviewed for this story continue searching for sources of financing, they all advocated networking and continued support of the Greenville arts and hospitality communities.

Lessons from the Trenches: Keeping cash flowing in tough times 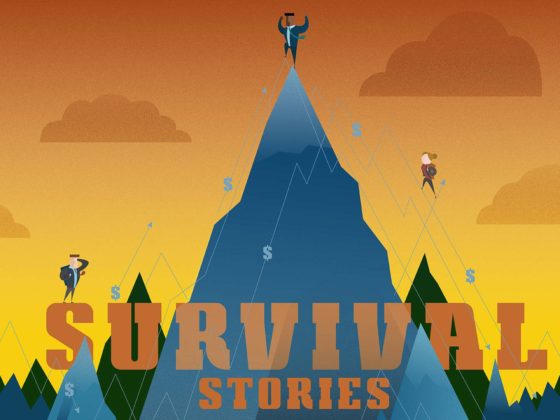